Today the beautifully finished - and completely improbable - Fauvel 'Flying Wing' which Graham Saw has been refurbishing in the attic of the tug hangar finally took to the air - with Graham inside it. Not content with a nice sedate circuit and landing, Graham threw in a couple of loops and a chandelle, just to prove that a glider without a tail really does fly. After these successful test flights he took off on an aerotow to deliver it back to the Shuttleworth Collection at Old Warden where it forms part of their fine collection of vintage aircraft. 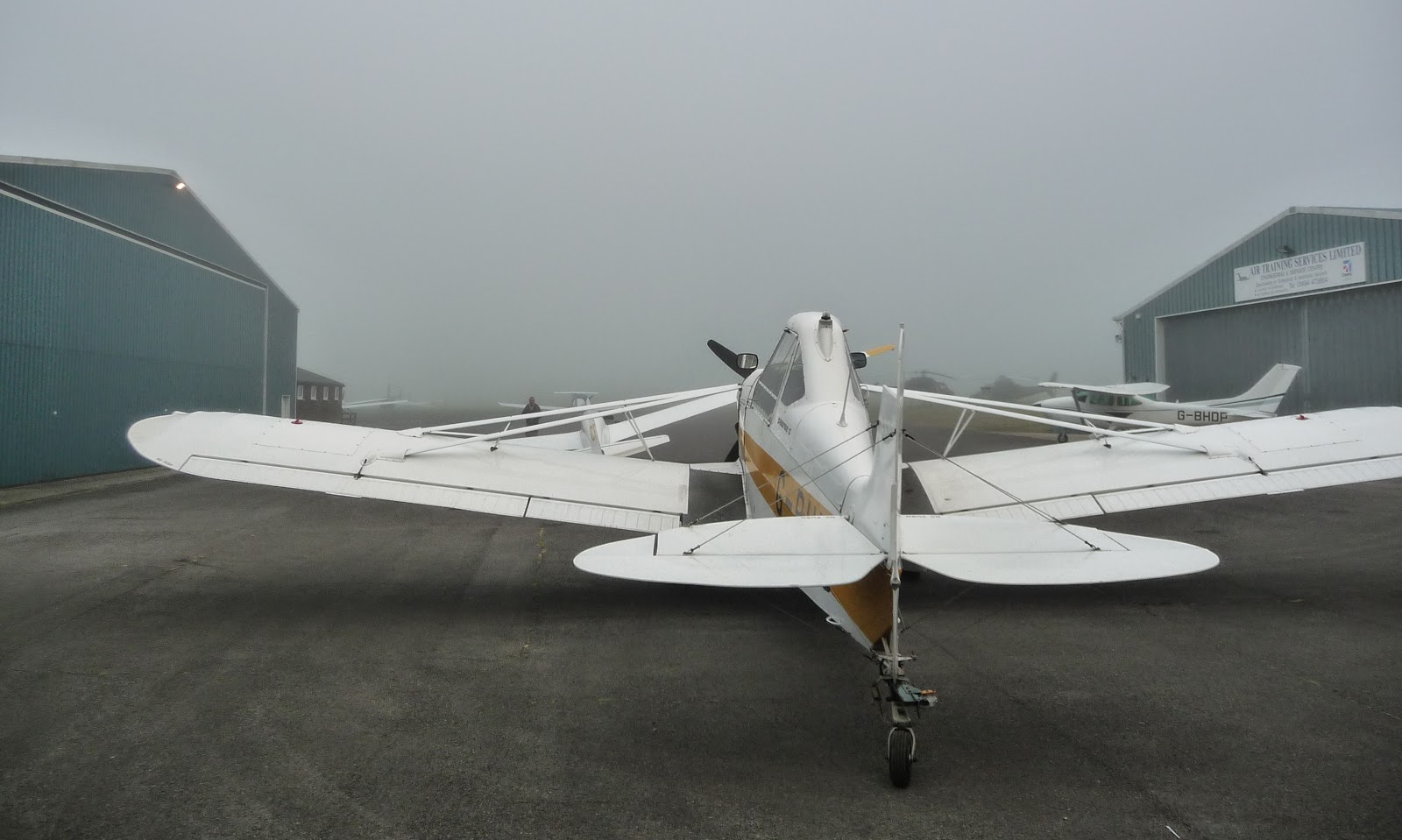 The day began at 5am. Most people had left home in sunshine but the airfield was in cloud. This did not deter a number of members from experimenting with bungee launching a K18. There were two slight problems - no wind, and Booker doesn't have much of a hill.  However, they seem to have had fun in the attempt.

By breakfast time the sun was out and there was some actual aviation taking place.

﻿
The day continued with a fine selection of gliders ancient and modern (though the weather didn't really favour cross country tasks).


There were some interesting fashion choices, which made a change from the usual airfield attire. 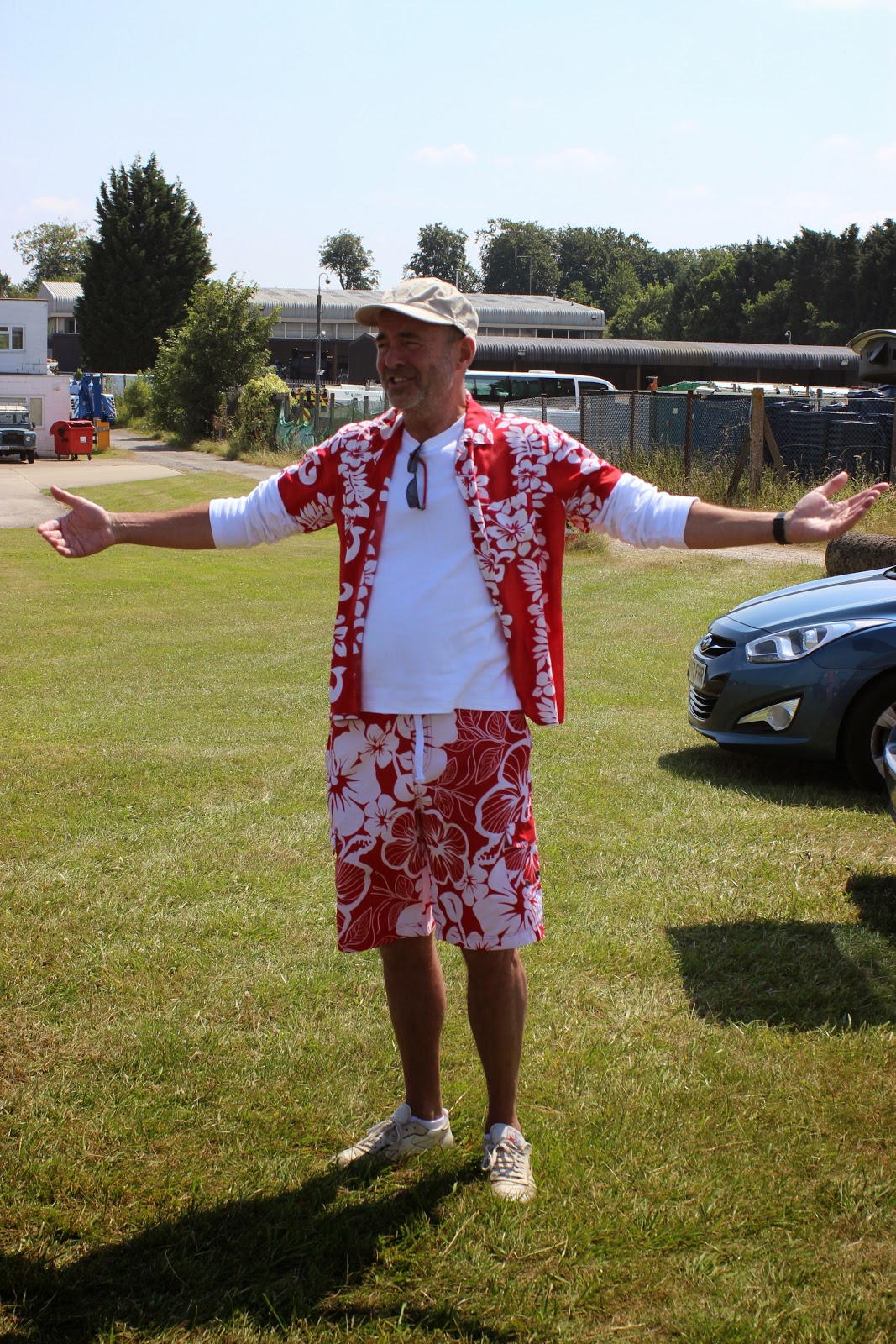 As the evening barbeque got underway, Doug and Graham gave a demonstration of dual tow and formation flying and the evening ended with an aerobatic display by Graham in his Lunak, streaming red smoke.

Then the boys got their toys out and some very strange looking models began buzzing around as the light faded.


Many thanks to all those who made this day such a success, including Richard the CFI, the Vintage Club, Graham and Doug for display flying, and of course Marnie and Simon for cooking up a storm throughout the day.
Posted by Jane at 21:31 No comments:

Booker at the Wycombe Community Festival

The Longest Day event was well underway (more news of that in due course) when the Sales & Marketing team set off for the Rye to take part in Wycombe's annual Community Festival on what promised to be a hot and sticky day.


﻿
The team soon had the display set up, and we were kept busy all day with queues of small children wanting to sit in the glider and adults interested in trying gliding.
﻿﻿

There may have been a lot of action back at the airfield but the costumes were better at the Festival. 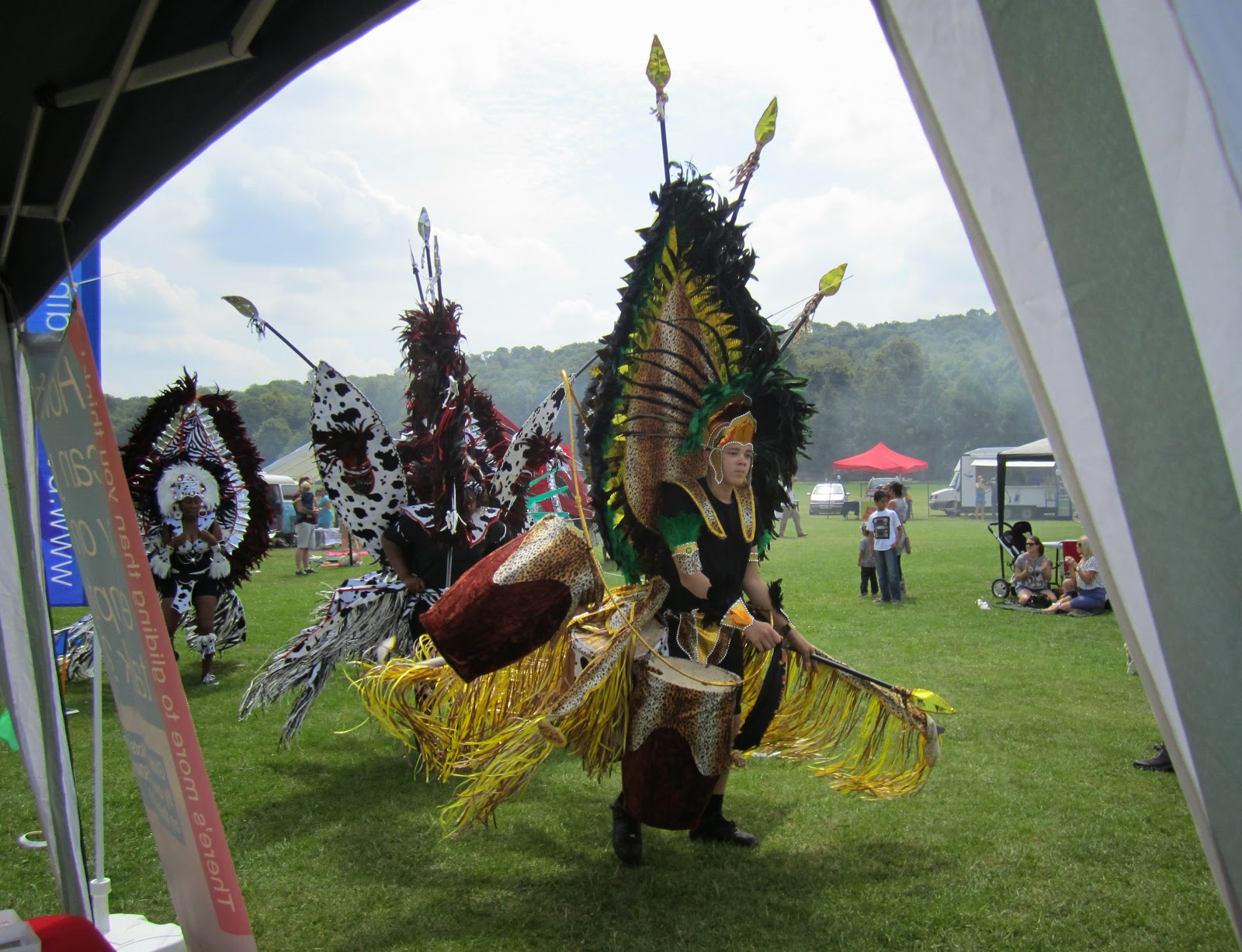 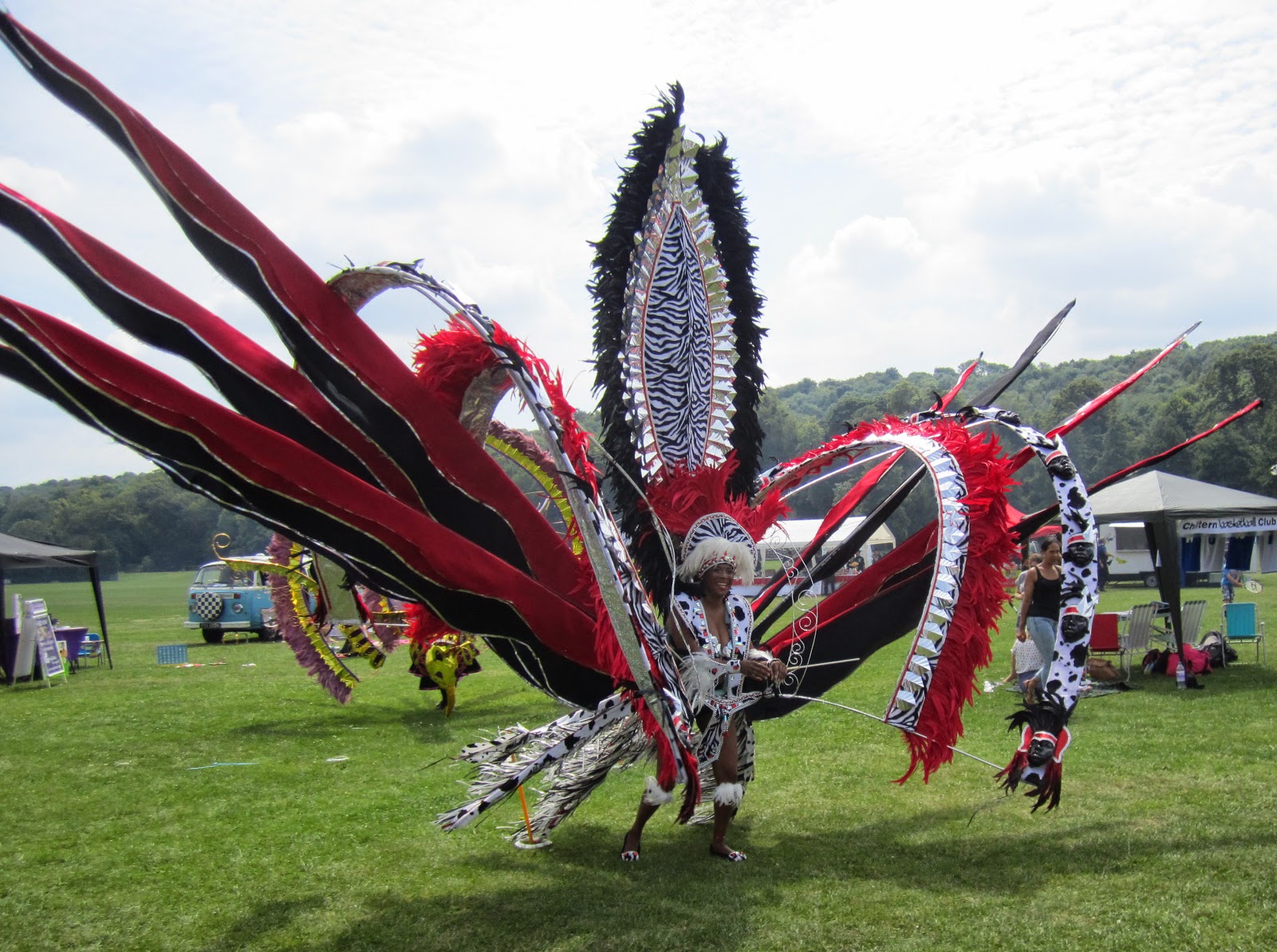 ﻿Councillor Mrs Lesley Clarke OBE, Chairman of Wycombe District Council, who received her OBE in 2013 for services to local government, visited us to wish us well.

Finally it was time to pack up and head back to the airfield for a bit of flying and the barbeque.

Many thanks to Hedda, who worked non-stop with the endless queue of children wanting to sit in the glider, Chris, Rob and Hugh. 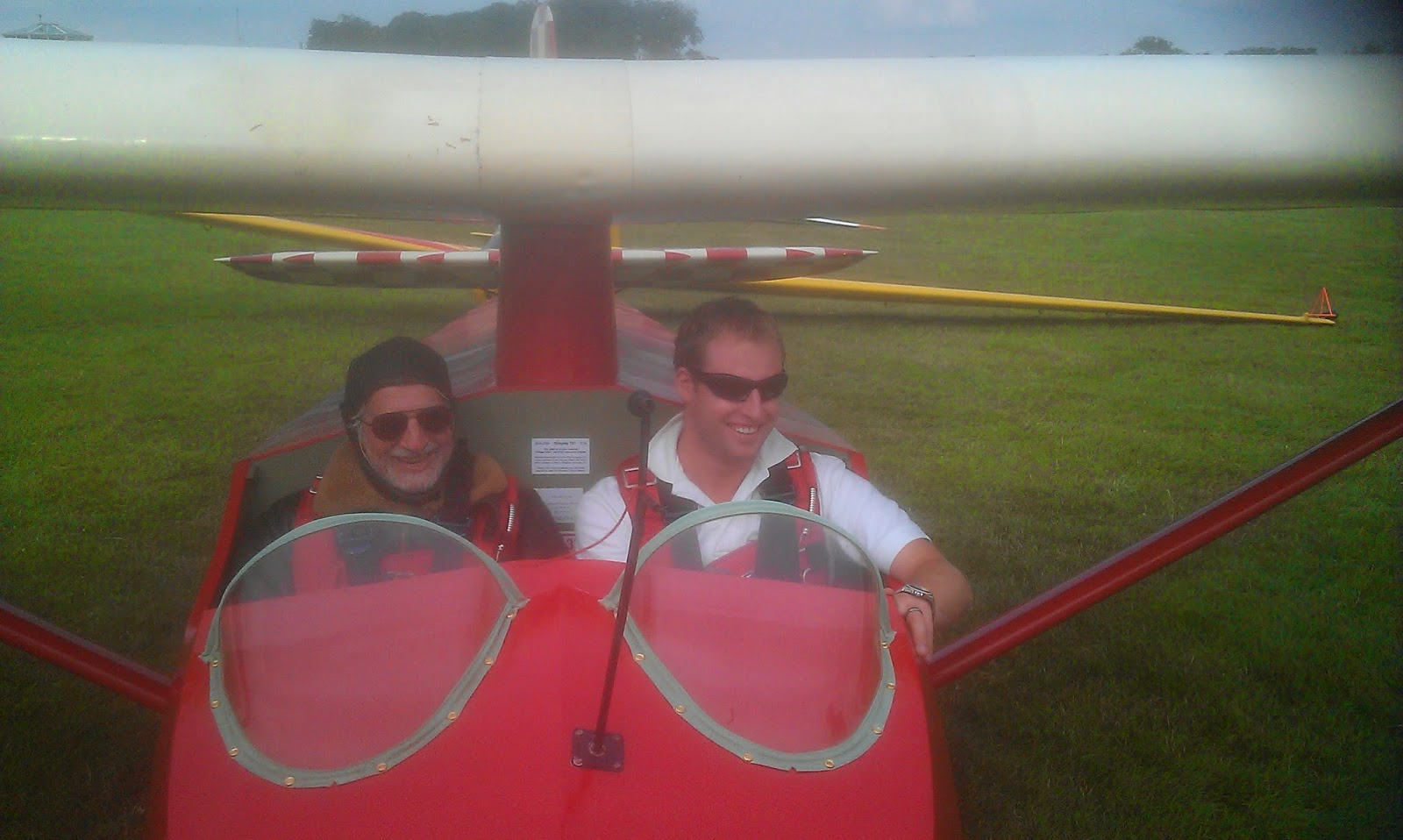 Canopy closed and locked?
Posted by Denis Campbell at 18:50 No comments: 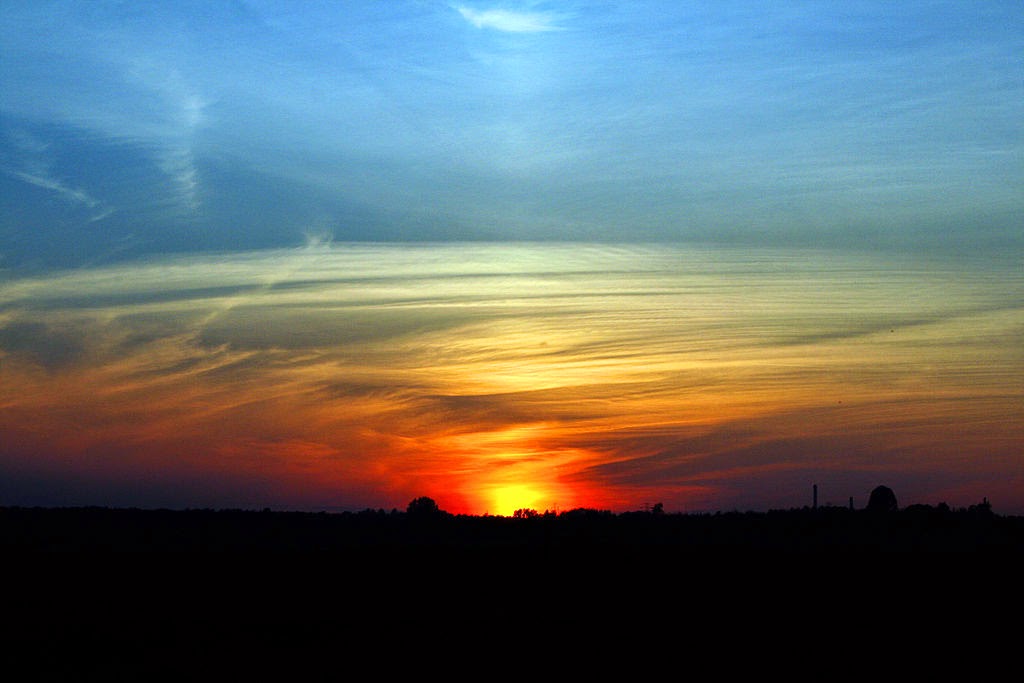 OK so it's not really the longest day, but we aim to pack in a whole lot of fun (weather permitting).

Launching will commence from 5am with a morning of bungee launching. Come and have a go, you only need three to get the endorsement on your EASA licence.
As the day progresses there will be a number of flying activities. Providing the conditions are suitable we'll be dual aero towing, we'll have an aerobatics competition (with prizes) and fingers crossed, we'll have a cross country competition task, again with prizes.
As to food, breakfast will be served from 0700 and lunch from 1200.
The day will finish with an evening BBQ. This year we've decided to have a theme, which will be Hawaiian, so dig out your best shorts and loudest shirts!
Costs will be:
The day is open to friends and family so please bring all along. Trial Lessons will be charged at member’s rates for one day only, first come first served.
Please inform the office of your BBQ numbers and also if you wish to attend the bungee launching session – we need a minimum number of 10 to make it work.
See you there!
Posted by Jane at 18:10 No comments:

Mike Gatfield maintained his lead at Shenington Regionals and won the comp with a score of 3639, comfortably ahead of his rivals.

Congratulations Mike!
Posted by Jane at 17:34 No comments: