Yesterday in Wales it was lovely weather - but not for gliding, so alternative pursuits were sought. Jacek decided that he had to get above the clouds every day so he climbed Snowdon. 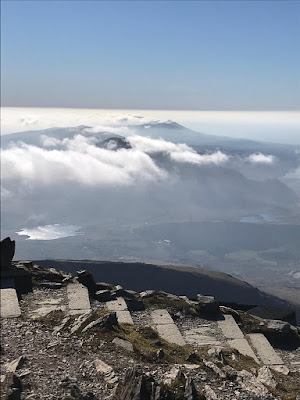 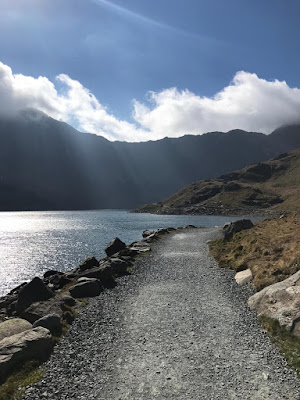 Richard climbed the local ridge to see the tower he'd been buzzing all week from closer quarters. 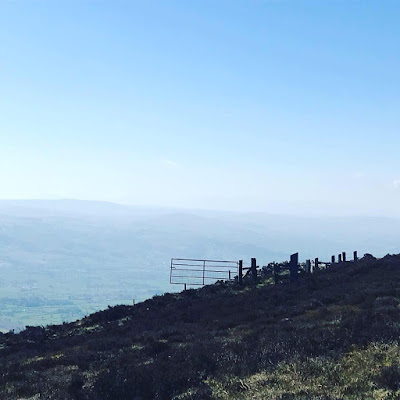 The rest of the party went to Caernarfon. Jim R posted a pic of the top of Snowdon, the suspicion is that it was taken from the Eurofox. 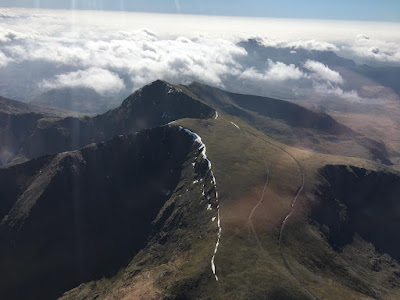 They visited the Airworld Aviation Museum and the castle.


Nik VM got out his drone and took some pics of the airfield.

We await news of today's activities.

The fun at Lleweni Parc continues

Week 2 of the Booker spring expedition is going well, with a very good ridge day on Monday, excellent for the members who had not experienced ridge flying before.

On Tuesday the wave set up and the views changed.

The new arrivals seem to be having a lot of fun, Richard says: 'Amazing day here with the ridges working behind and beyond the North Wales GC and also bizarrely underneath the Liverpool CTA'. Here are some of the day's pics:

Lleweni Parc expedition week 1 round up

After the late wave on Wednesday, Thursday was less exciting as the wind didn't do its stuff. However, there is always something to try, and several people flew. Maddi converted to the ASW19 - 'before' and 'after' pics below:


On Friday the wind blew, and bounced over Snowdon giving us some lovely wave - plus a fair amount of bounciness in the circuit, not a problem for Aboyne veterans. Local CFI Chris got away early and climbed to FL195 over the Conway estuary, those launching a bit later were affected by the approaching cold front, but not before having a lot of fun exploring the coast up towards Llandudno.


Rolf had a bit of an adventure and picked himself a nice field a few miles south of the airfield. All was well and the team soon fetched him back.


On Saturday the Week 1 team hitched up and headed back down south after an excellent week. Many thanks to CFI Chris and Tug Pilot Les for getting us off the ground, and to Richard for keeping us all in order.

Yesterday we rigged the single seaters and tried the ridge, which didn't work too well as it was affected by local wave. Later in the day the wave became more workable and KSM had a good flight.

Today started calm but after lunch the wind got up and with it the wave and lots of people had a lot of fun. 315 with a brace of Jims on board made it as far as Bala.

The journey up here was a bit taxing because of the wind - in fact Simon had a bit of difficulty getting out of the trailer park.

On Saturday the rain was horizontal and it was tricky standing upright, the stream running past the airfield is now flooded and the airfield itself is a tad marshy.

Sunday was still fairly breezy but the ridge was working well and everyone had check flights, with excursions out to sea at Prestatyn for some.

After a long day the team met for dinner at the Llindir Inn in Henllan which gave us strength for another day.

Today the wind was too light for the ridge to work and showers spoilt the fun a bit but there were more check flights and a bit of fettling so we are ready for tomorrow.

1) The Mug House in Bewdley. Lovely pub right on the Severn by the bridge in the middle of Bewdley. Sorry, nowhere to park a trailer but awesome pub grub.


2) The Corn Mill at Llangollen. Old water mill on the Dee which was in full flood. Now a pub with grub and a fabulous pot of tea. https://www.brunningandprice.co.uk/cornmill/

Now to the weather: Last night it blew a right hooley with dog sized drops of rain. Still a bit blowy but clearing up as I speak. No flying today so off to the seaside!