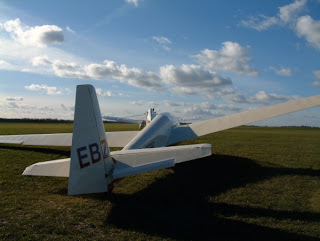 I remember last April when people said "if this is global warming then bring us more!" And then May, June and July proved dreadful.

The end of January and now this first week of February seem as much out of character as April '07. Let's hope that we don't end up paying for this early start to the season. But enjoy it while its here, which was definitely the motto of today's members of The Wednesday Club. 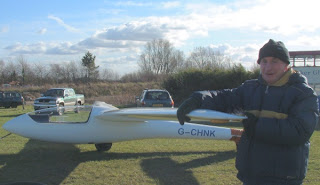 With 2-3 kt average climbs to 3500' and visibility as far as the eye could see, even Jim and Shep were tempted to rig. Thame out and return (undeclared) and an hour and a half around the Oxfordshire countryside sated their appetites. Martin had an hour in the Junior demonstrating to Peter, Michael and Arne how it should be done. 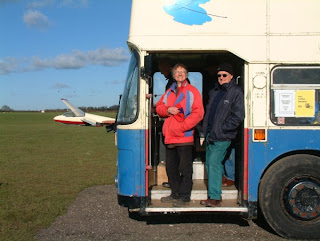 Waiting for (willing) Martin to land. Don and Eric both had solo flights in the K13 but didn't manage to soar - plenty of time to learn this season! 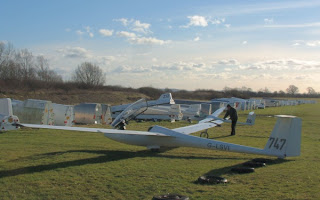 De-rigging at the end of a great day - almost looks like a Summer's evening!
Posted by Mike R at 17:34