The Season is here (if still a bit variable)

The high winds this weekend put paid to the Aerobatics course and were a turnaround from the previous weekend when nearly 50 launches were taken over the weekend and several soaring flights made.
The January Bronze lectures have been a success again with the exams being taken and passed by Phil Binnee, Jon Sugdeon and John Lambie. Saturday 29th Jan also provided some unexpected soaring under what looked like total cloud cover at 1,400 feet and a biting cold wind but surprising all of us with 4 knot (yes really!) climbs up to the low cloudbase.

Sunday 30th was even better and the weather encouraged Nils to rig and launch and have 2 soaring flights of well over an hour. The conditions also encouraged some big wings to be rigged. Mike C with his Ventus starship and Richard C with his shiny refinished Nimbus. Both of them must have been cold after their 2 hour flights! 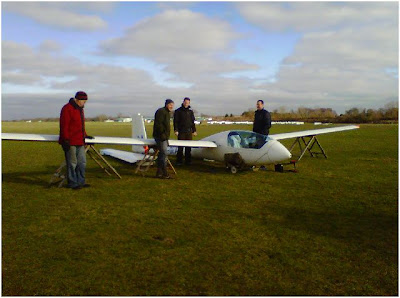 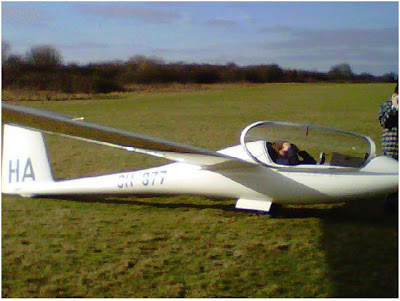 Other achievements included David Baker, Phil Binnee and Nik Merkhart converting to the K18 and Will Ellis completing his BI course (which he later celebrated by pirouetting around the launch point several times throwing a seagull like glider into the sky). Congratulations to everyone on whatever their achievements last weekend. 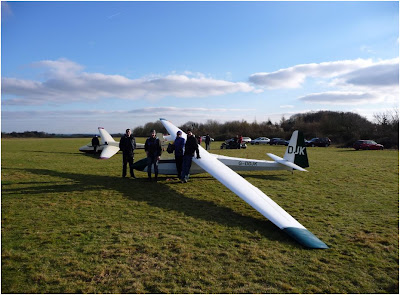 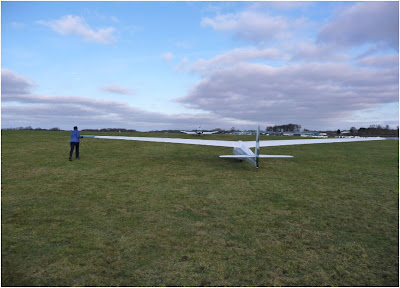 The only thing to mar what had been an otherwise lovely couple of days was the sad news about Richard Clark who will be greatly missed as reported in the previous blog item.

Those of us lucky enough to have been at the airfield last Thursday would have seen the Spitfire land and taxi back past the bus having had to wait for the K18 to clear the landing area before it was able to land on our side of the airfield into the strong South Westerly wind.

Booker Cadet Will Hilton has also returned from 2 weeks work experience at Delta Jets in Kemble where he mostly got to work on a Spitfire and which culminated with him sitting in on the engine running checks. 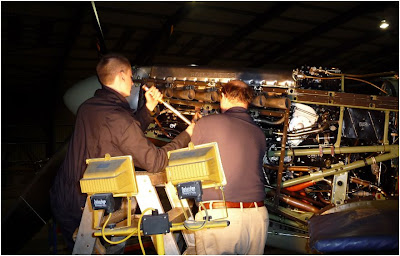 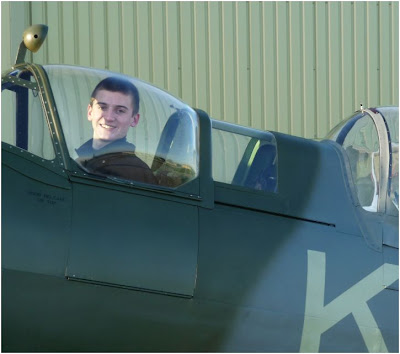