The Booker Rules 2011 competition has successfully concluded having met its objectives of rewarding speed and distance flown as well as allowing a wider range of pilot experience and glider performance to complete. 5 competition days were achieved under Contest Director Jim White's excellent efforts. Jim did the initial ground work to define the rules and build a scoring system as well as setting challenging and varied tasks for the conditions (as well as competing himself). There were finishers on all but one day when everyone landed out. 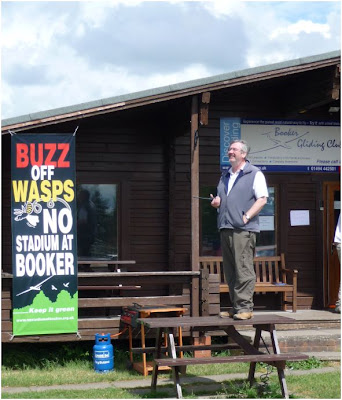 Jim was ably assisted by Met man Nils Wedi who gave daily masterclasses on the weather, forecast conditions and likely daily situation. He also gave a more simple "good/bad/maybe" of the conditions - what is uncanny though is how accurate his forecasts proved to be. 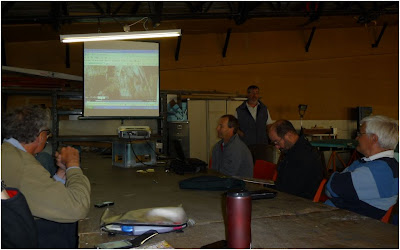 The last day of the competition had everyone land out (either genuinely, photo land out or engine start land out) and whilst it was possible to work out the final results, the prize giving had every possibility of being a Marie Celeste affair. 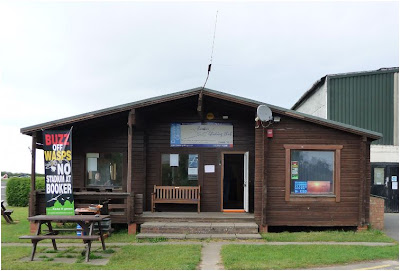 Fortunately thanks to turbos, aerotow or road retrieves enough competitors were around to enjoy the delights of Marnie's barbecue and for prize giving to occur.
First place went to Denis Campbell (again - he does seem to be making it 'his' competition!), second place to Alan Johnston and 3rd to Jim Pengelly. Congratulations to them and all the other competitors. 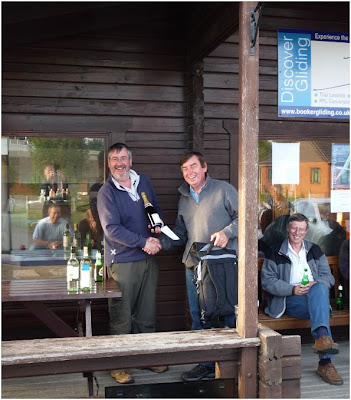 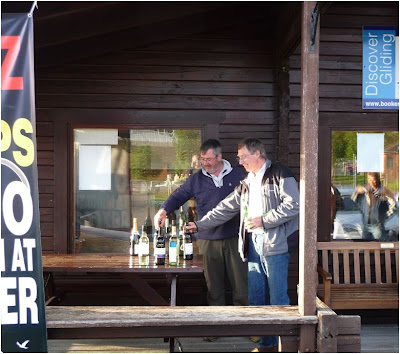 There had been a daily prize for the best team pair of pilots and it was unanimously agreed that the best "team prize" for the week should go to Shelagh and Hilary who had undoubtedly assisted all the pilots as some point in the week.

Follow the link to the Competition Blog on the panel alongside for details of the tasks, results and which also has links to a number of fabulous photos from various days of the competition.
A great week flying all in all - watch out for the Booker Rules Competition 2012.
Posted by Doug Hilton at 09:57