Another Booker champion in the making

Guy Trees entered the 'Saltby Open' aerobatic glider comp at the weekend and won in the Beginners Class.


His overall accuracy of the figures, positioning in the 'box' and harmony marks were obviously good as he zeroed one of the figures and still won !


Photo shows Guy being presented the medal by Sam Mummery, a legend in the glider aerobatic world, representing the British Aerobatic Association. 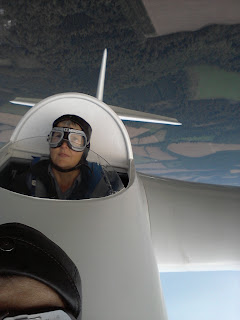 And it looks like Richard felt it would be better for his career if he kept a low profile as Mini Gat demonstrates that style, and enthusiasm for gliding, clearly run in the family. 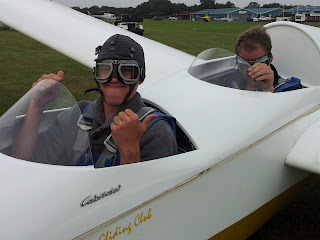 Bonus point if you can spot what is wrong with this picture.
Posted by Bob S at 20:10

Helmet back to front over goggles?