September has provided glorious sunshine, surprisingly high temperatures and some excellent soaring opportunities. The final weekend gave us wall to wall sunshine and the launch point was busy. Amongst all the other activity, cadet Mohammed Ali achieved his first solo. 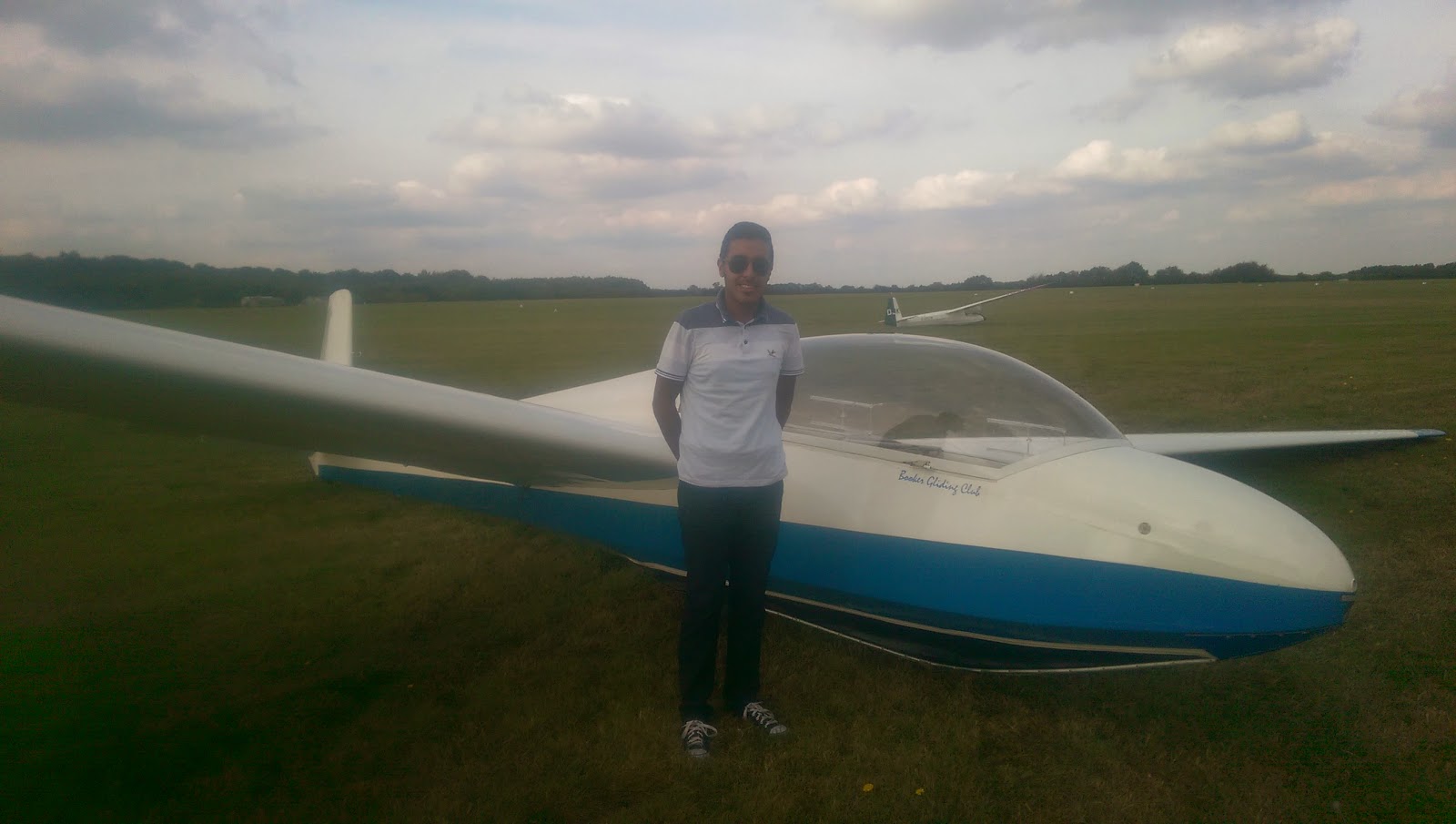 ﻿
Instructor Paul Clarke said, 'He wanted to go solo while he was still 16 which he managed with just a week to spare. He said flying without an instructor was much quieter, although he could still hear me insisting that he looks over the nose while turning..... Mom and Dad were there to watch, with Mom being slightly more nervous than me,  although I needn't have worried as his circuit and landing was the best he had done all day!'
Posted by Jane at 16:29