Here's what Richard has to say about Monday at Aboyne:

Yesterday was a classic Aboyne day. We awoke to blazing sunshine and hurried to the airfield to unpack the hangar.The first flight was conducted by Richard and Paul who contacted wave the the lee of Morven and climbed to 8,000 feet. This was Paul's first ever wave flight and despite being an ex Lightning pilot and BA A380 training captain was blown away by the spectacular views.Further flights were conducted by Glyn and Nick, Dave and Hugh.The day finished off with Paul and Richard heading off for 2 and a half hours. They climbed to just over 10,000 feet and explored up the Dee Valley to Braemar, returning via Lochnagar and Mount Keen.The forecast for today looks similar to yesterday with good climbs and excellent cross country opportunities. 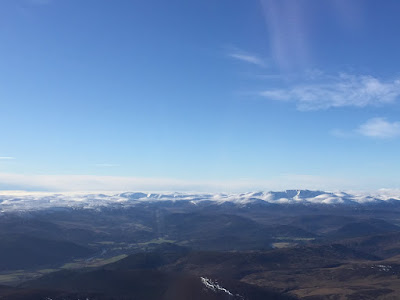 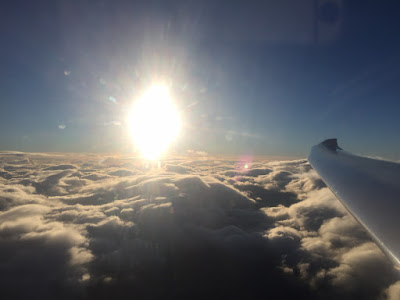 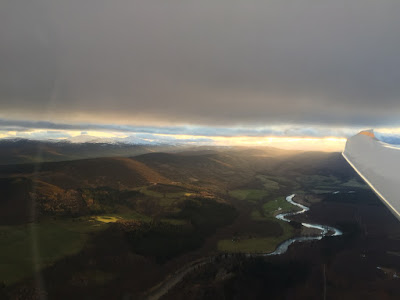 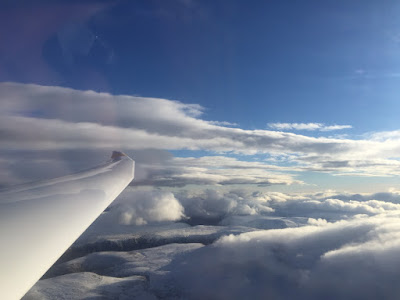 And here's what Nick did on Sunday, ski-ing at the Lecht: 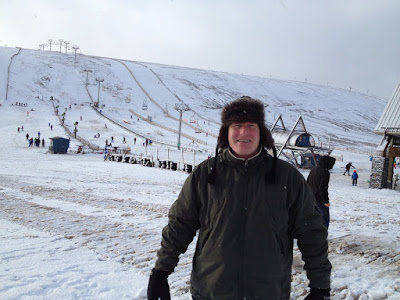