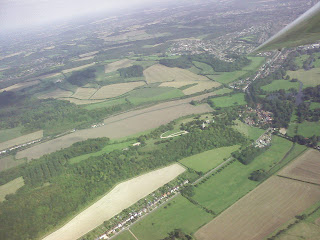 Glorious sunshine, and a grid to launch. Silverstone-Graffham not a bad task for mid-September. Back at Booker, local soaring in the K18 brought back memories of 50k attempts, getting to 1400ft over the Golden Ball as a starting point for an attempt on Lasham, no GPS, just the map and compass.

Two more weeks and Booker will be heading north to Aboyne for some wave soaring.
Posted by Jane at 20:59