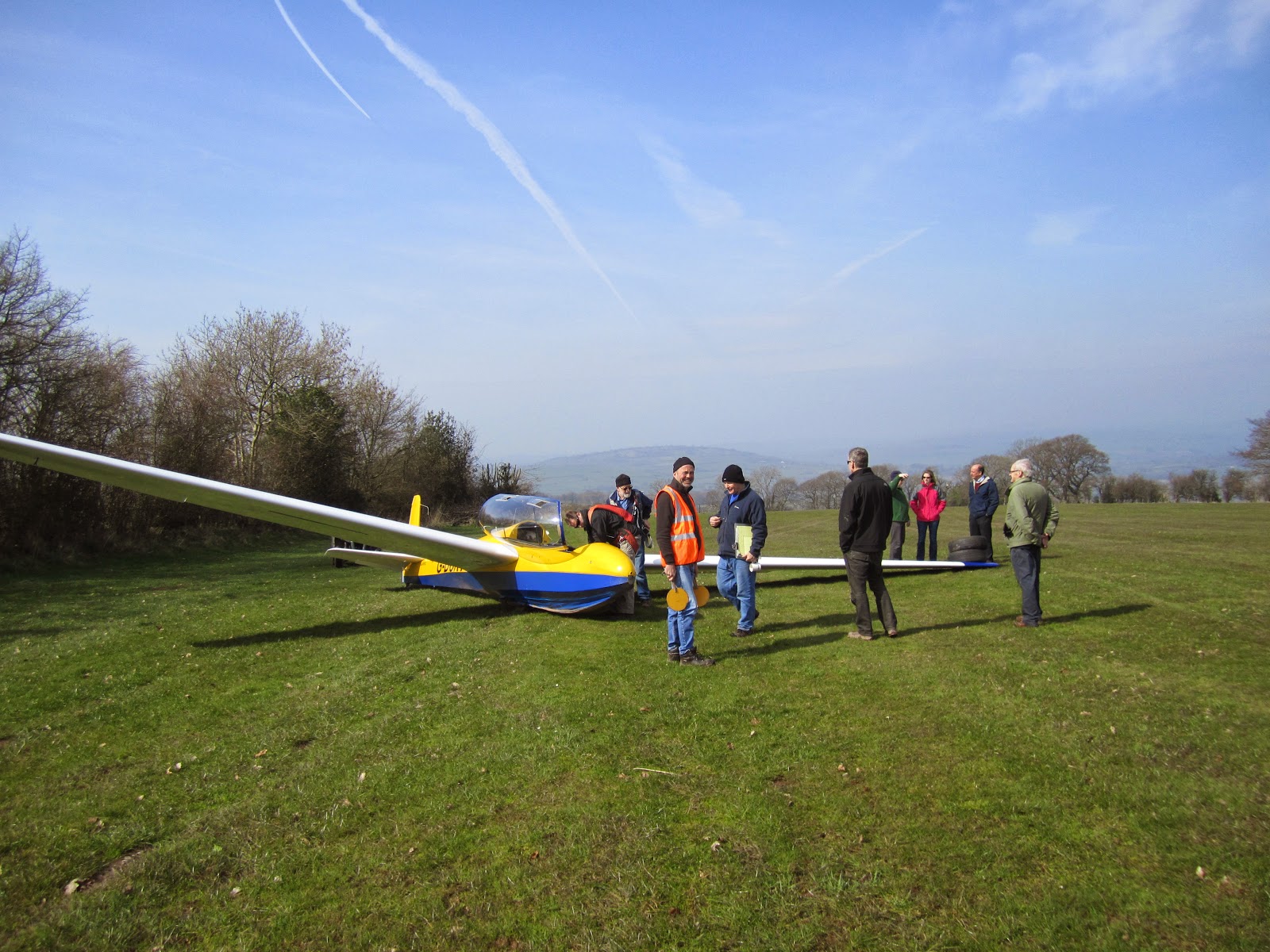 The day started calm and misty but as the haze cleared the wind picked up and by the time Richard had his check with the locals it was blowing a nicely turbulent easterly which made him work a bit.

After that we rigged the K21 and Richard spent the rest of the day putting us through our paces. Considering he had got up at 4am to drive down it's surprising he stayed awake. A number of members on the trip have so far only flown at Booker so they really enjoyed the experience of working out how to fly their circuit at a new site - and in challenging conditions.


After the toys had been put away the team dispersed to their various lodgings. Dinner was slightly delayed for the Treasurer who found himself spending rather longer in his bath than he had planned. Maybe in future he had better take his phone with him.