The very high temperatures from the week continued today and whilst several members rigged and flew there was no lack of activity and launches around the launch point.

Lunch by way of a barbecue was laid on by the well known team of caterers, "Crockett and Herman" and was definitely enjoyed by all. 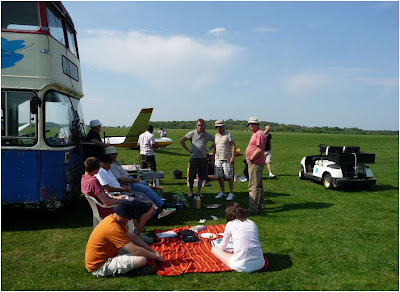 In spite of the high temperatures, Glyn's Alula hand launched glider provided a lot of entertainment for the onlookers and wore out the launching team of Oli, Will and John. 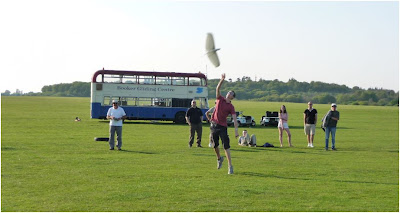 The day concluded with a couple of nice finishes, don't forget the Easter Egg Aerobatic Competition on Saturday - should prove entertaining. 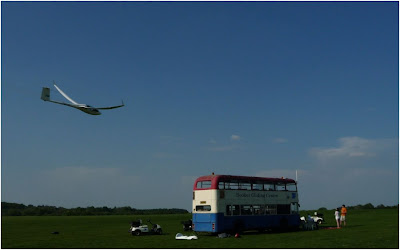