Booker Gliding Club's presence at Aero-Expo this year was polished and profesional, due to the hard work and dedication of all those involved. Staff and members put in a lot of time and effort to help set up the stands, derigg and move gliders and promote the club during the expo. The gliders were gleaming, and the stands looked better than some of the commercial efforts. The show was quieter than previous years, but the Club attracted a lot of interest from PPL holders attracted by the value and challenge of gliding. 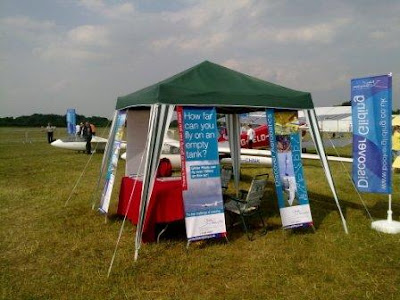 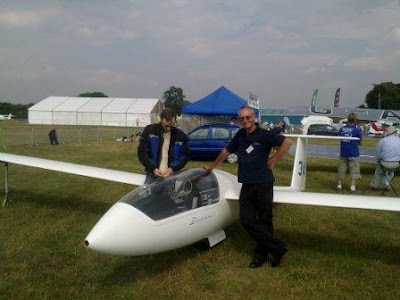 Richard going for the hard sell 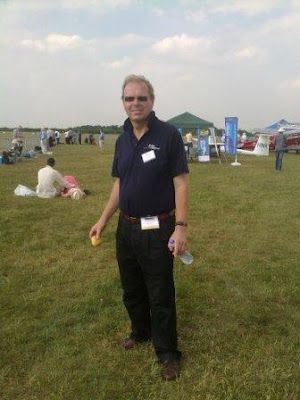