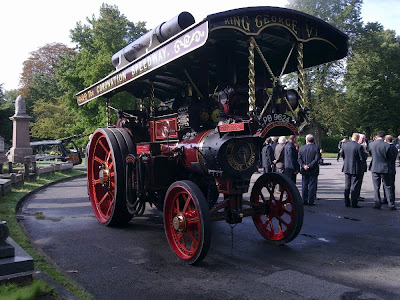 BGC and BBC Gliding were well represented and as we waited at The City of London Cemetery outside the gothic Victorian Chapel in the lovely autumn sunshine we heard the sound, smell and sight of a magnificent steam engine coming up the drive followed by a horse drawn hearse. Martin had varied interests, steam engines being one of them. 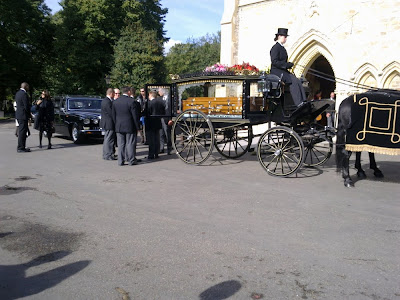 The service was a multifaceted affair with tributes, three fantastic examples of flamenco music and one of Martins recordings as he was an accomplished flamenco guitarist known as ‘El de la Camisa Roja’ (He of the Red Shirt). There was also a beautiful flute piece and some poetry. At the graveside we had red roses to drop onto the coffin. 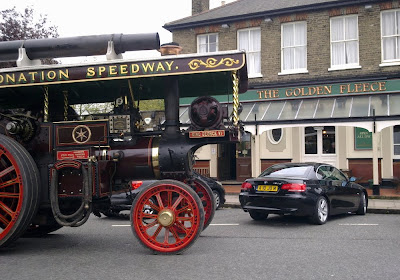 Then it was off to the pub to celebrate Martin’s life led by the steam engine which remained outside for hours attracting a great deal of attention and prompting stories about Martin. Real Style.

You can learn a little more about Martin and his flamenco guitar here http://www.camisaroja.com/camisaroja/Home.html