A long hot scorcher of a day. Big tasks were planned with destinations such as Grenoble, Mont Blanc and Fayence being mentioned but as it happened the strong Mistral didn't materialise and several pilots reported varying wind directions and strengths - not what the briefing forecast. This didn't stop the main gaggle doing around 400km going north to Aubenasson, east to Lac de Serre-Poncon, south to Mt Ventoux and then north again via the Ecrins/Parcours.
It was a big mix of ridge, thermal and wave. Flights were made by T6, GA, AJ, JH, JRG, 580, A9, 768 and Booker Club Gliders 315 and KCZ. Most pilots flew in excess of 5 hours and the K21 put in over 7.5 hours (possibly its longest single flight?) and only coming down as plumbing facilities had been exhausted.
And the forecast for next week is even better! 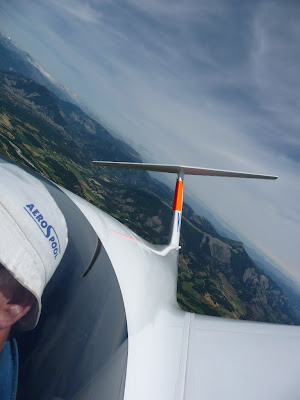 Looking south east from the K21 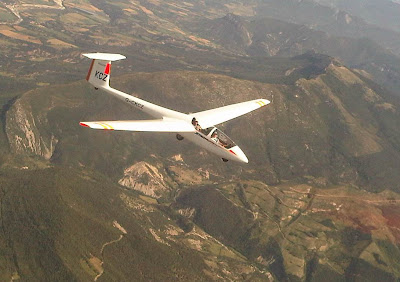 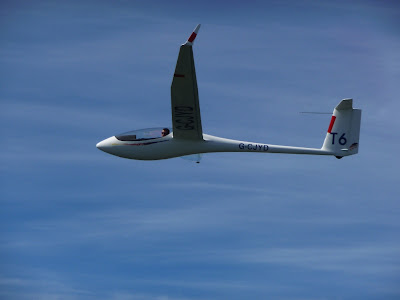 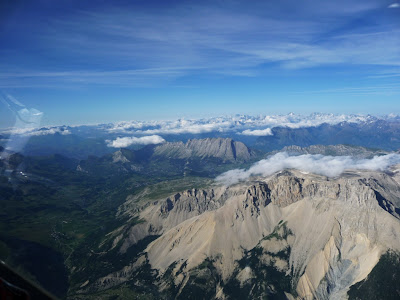 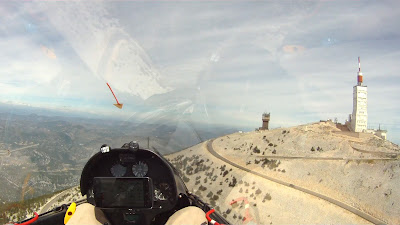 Doug, I am beginning to dislike you. Everyday you bring us fabulous stories of flying derring-do whilst here, in Blighty, we have more rain and wind.

Jim, so happy to oblige. Bad news is I leave tomorrow!!!