Too much sun and fun - yesterdays blog was actually day 4!

Now onto day 5. Not such a good days forecast with an inversion predicted at 3,200 metres (if only we had bad days like this in the UK!).

315, JH and 768 set off with plans to largely recreate the previous days flight but early conditions didn't really allow for this, however with in flight replanning they all achieved around 300km each, all doing similar but different tasks. There was a bit of fun when 315 and 768 met up in the later part of the flight with some air to air photography (pictures to follow).

KCZ flew a more discrete 120k checking out various ridges and climbing up to Pic to Bure towards the end of the day and finishing with a 10kt climb from the circuit to 9,000 feet in wave before trying to land for a second time. 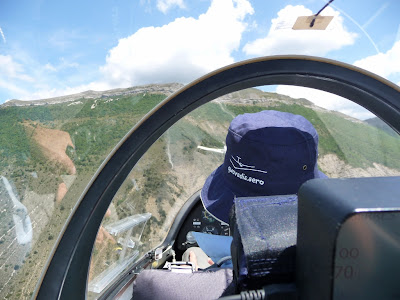 Aero tows have a different perspective 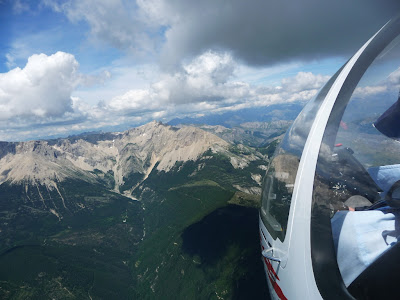 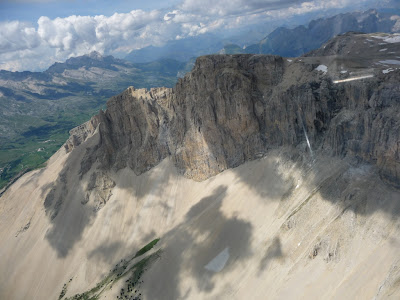 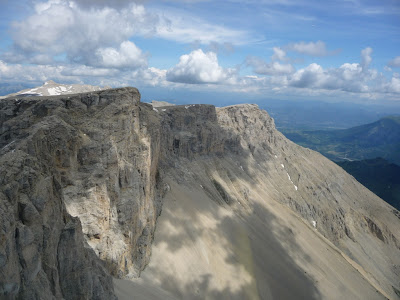 We had one retreive to do after Iron Man "Mr T" needed fetching home after running out of puff on his bike in the mountains about 20 miles away. His biggest concern was that the cyclist who had overtaken him didn't see him being given a lift? 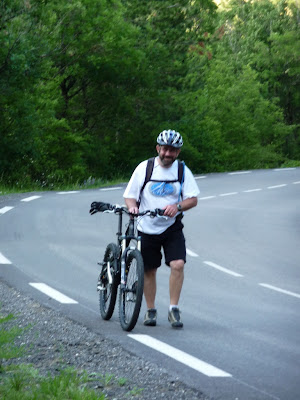 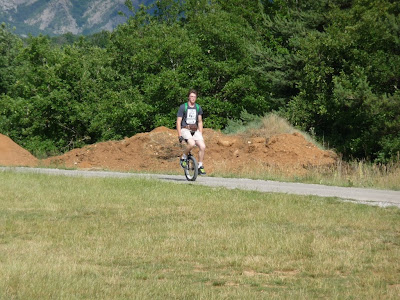 Will received a beer shortly after landing in the bar, the rest of us had to wait and Pre-dinner drinks were served in the swimming pool after a hot and great days adventure. 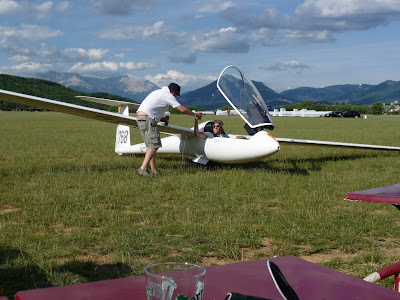 Lets not forget the flying back home at Booker where we understand that there has been some great flying and achievements - 100k diploma flight by Sally, Phil the tuggie converted to 318 and we have a new BI but parental pride prevents me from naming him - well done to them all and any others that we haven't heard about.
Posted by Doug Hilton at 22:45