Jim's forecast got them going....

Following Jim "Seaweed" White's forecast for Badges galore on Wednesday, Mike Collett was confronted by MiniGatfield and Hilton Junior asking whether it was OK for them to race to Enstone. Common sense from the CFI prevailed and MG was tasked to practice a xcountry in the Pegasus in readiness for the Junior Nationals and Hilton Junior was tasked to try for his silver distance to Enstone.


The approaching top cover and increasing wind dashed their hopes with MG landing out near Newbury and Hilton Junior near Bicester. The day didn't live up to expectations as was evidenced by the flotilla of turbos that were grinding their way back to Bicester. Hilton Junior wasn't alone in the field for long before he was joined by another landout (well an RAF Chinook that just dropped in to check all was OK).

Thanks have to go to Mrs G and the CFI for the ensuing road retrieves - these boys are going to be trouble! 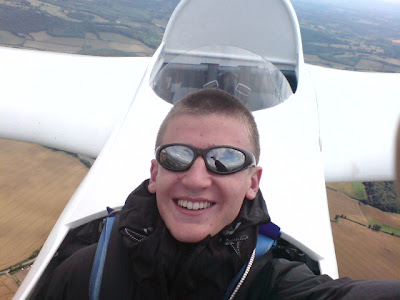 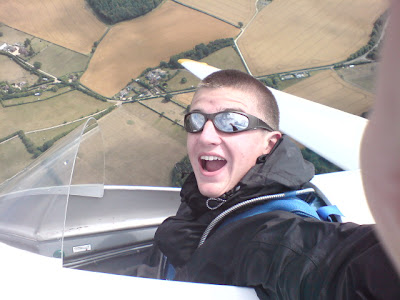 Some worthy achievements this weekend: 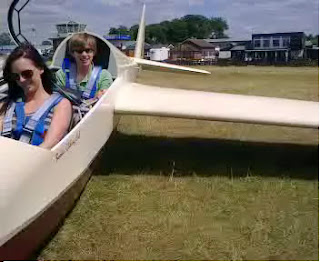 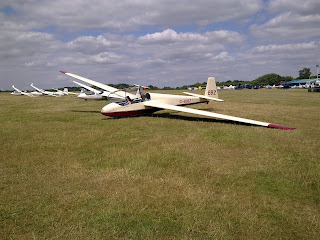 Congratulations to Mike Gatfield for joining the hallowed ranks of Booker Instructors!

A9 and 314 set off as I struggled to get up. A9 came back declaring it too difficult. 314 was struggling at Thame when I set off. Joining 314 I thought it was a bit difficult too and climbed with him, thinking I would wait until he got up....then he was gone! I called and he said he was at WEC climbing - he was and high too.

I flew to WEC but now thinking the 18kt Southerly would be our undoing suggested we do BIC DID instead. We flew to BIC and got a good climb off the town. As 314 climbed I pushed forward to find the next one at the prison. I called 314 over believing him to be high.

After a while looking for him, I spotted him in the weeds by the ammo dump. I said "I thought you were high", Mini Gat replied "I was!". I thought that he would find it hard to get home and suggested he find a little climb and wait till the wind took him back to BIC to either land there or climb to 3500 and press for Thame.

I set off for BOO, fearing the day was ending and I would struggle to get back. I arranged to fetch 314 from wherever he landed. I actually got some quite good air and was able to climb at Thame and Sydenham to make it home OK. Now I sent Mike Collett out to get 314 in MF which was going to Thame to collect GH anyway.

Little do I know about the Gatfields! The boy just kept battling on and returned on sun power overhead BOO at around 6pm. Well done Mike, I underestimated you. With determination like that you'll be world champ yet.

Jim
Posted by jimboffin at 11:14 No comments:

Temperatures in the 30s made Friday a bit unpleasant but our corporate entertaining went well with our guests enjoying their hot flights. Saturday was not, as forecast, a repeat of Friday, so the grid was soon off on tasks hither and yon. Today after the cold front we had excellent conditions with 7 kt thermals to be had. A bit blue in parts but the thermals were there. 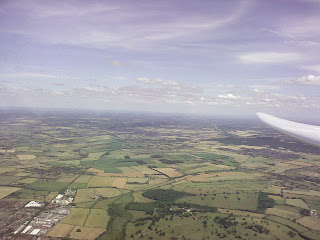 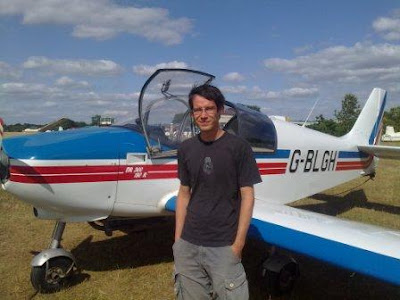 Phil has completed his Silver C after flying Silver distance to Membury. Well done.
Where next?
Posted by Denis Campbell at 11:58 No comments: