I apologise if you get this several times as I am posting as widely as possible to reach as many members as I can.

During the 2015 season, I will be running another XC Performance programme for budding or improving cross country and competition pilots. The programme includes some classroom stuff, some use of the SIM, and flying in the club's two seaters. I hope to enlist one or two other members to act as coaches but right now it is just me.

If you are interested in participating in the programme then please come along to the briefing room after my Cross Country Met lecture next Saturday 28th when I will describe the programme content and how I expect it to work.

BTW, good met is fundamental to successful XC so if you want to use the programme please come to the met lecture too.

Jim
Posted by jimboffin at 13:09 No comments:

The weather was gorgeous, with sun all day long. The wind was moderate, but straight on the nose along runway 24. 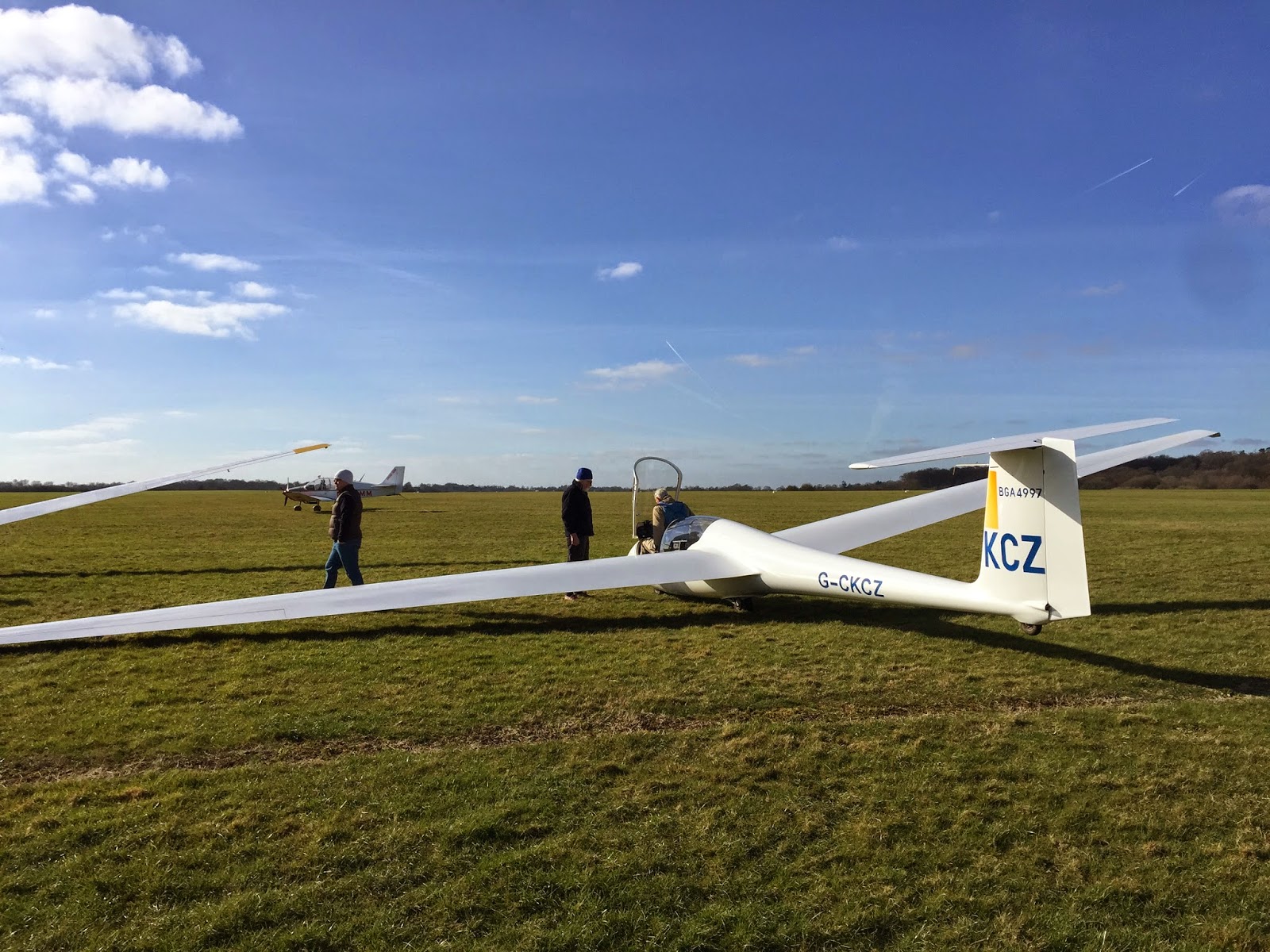 The launch point felt like it got into a nice rhythm by mid-afternoon with Mike Mike kept busy, and the retrievers kept away from the chocolate mini rolls in the bus. 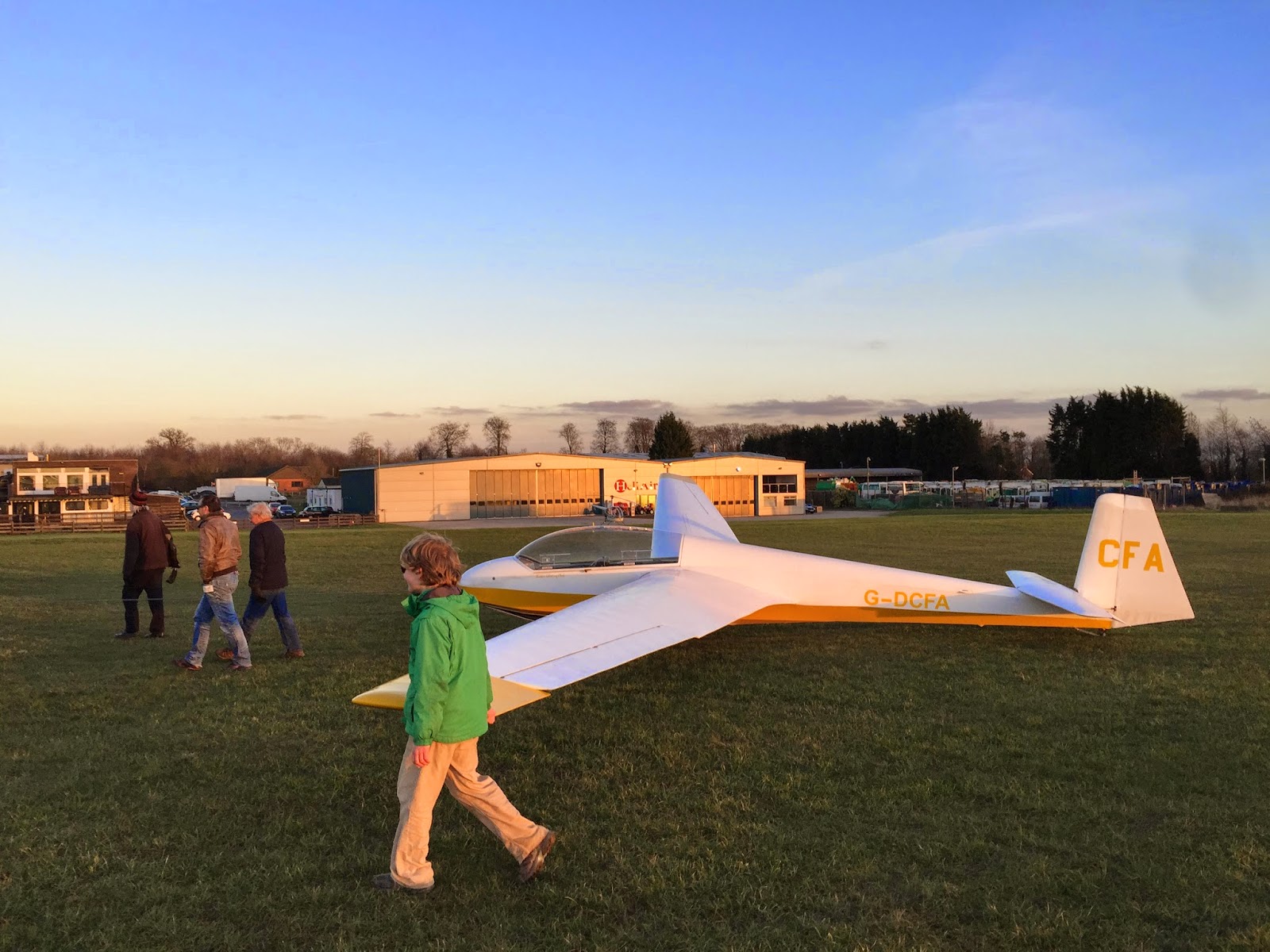 A lovely days flying.
Posted by Brian at 20:31 No comments:

What a lovely day. We may still be in winter, but there was a strong sniff of spring in the air. It was fairly busy, but everybody got all the flights they wanted. And ended with a lovely sun set. 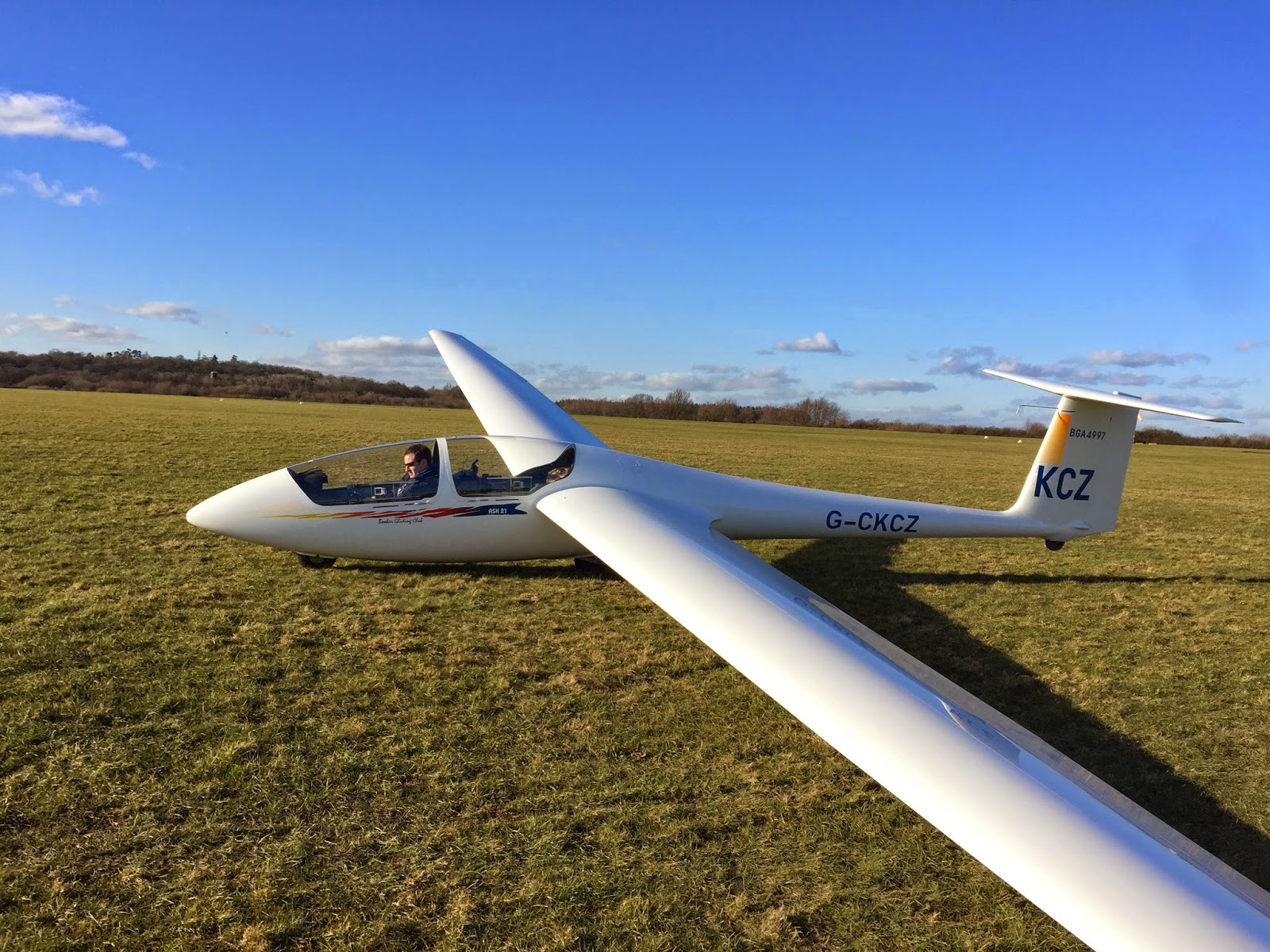 There was even some gentle lift for the tenacious. The young cadet George showed us all how to do it with a 30 minute flight, which was double the length of most others!

More of the same tomorrow please 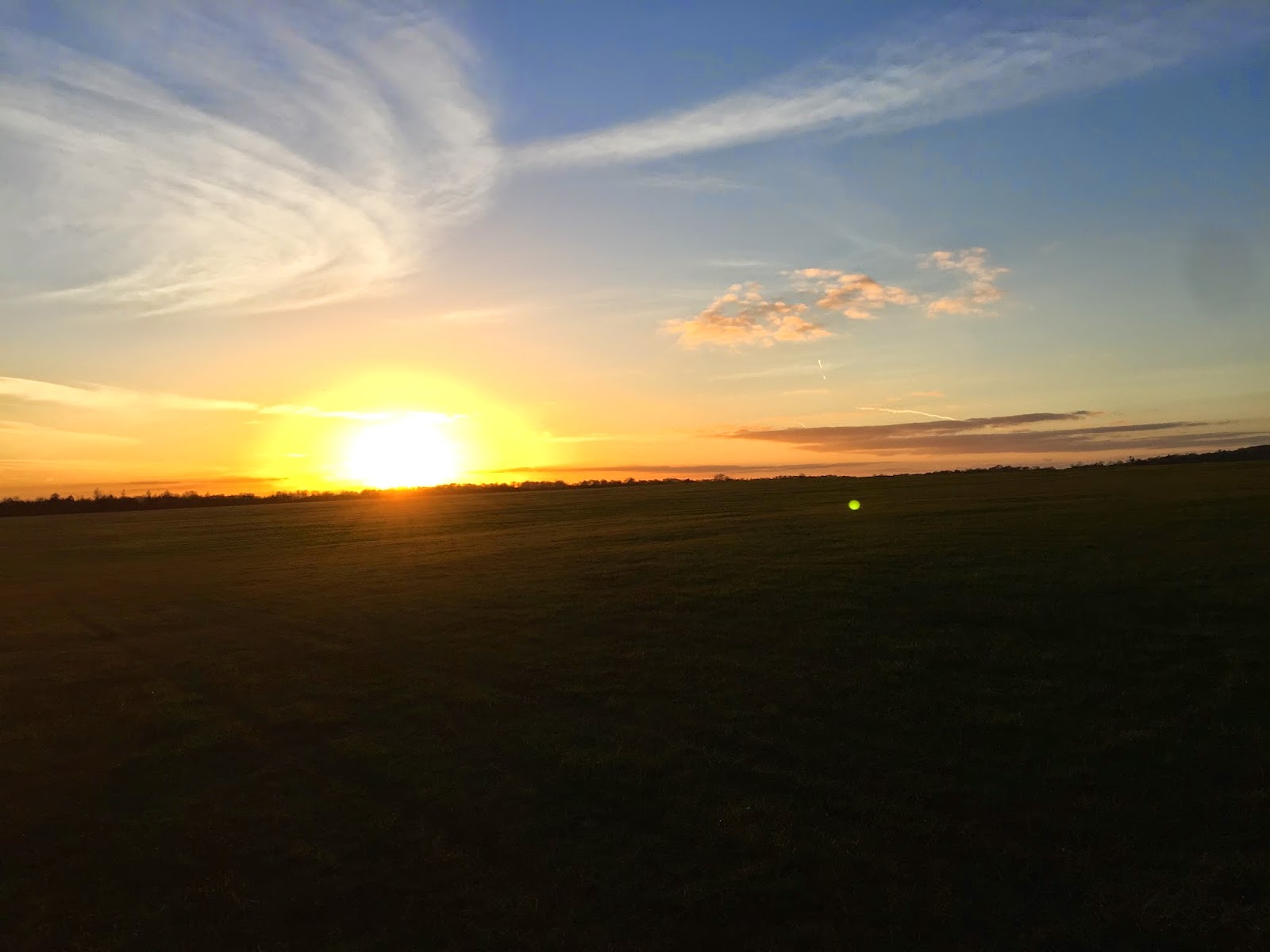 Off to the Ridge

A quick chat with the tower, a short run into an icy wind, an eye on the t's and p's, over the north side parking, watch for helicopters, into the turbulence, safe height now, speeding up, throttling back, on towards the ridge.
Posted by Mike R at 17:26 No comments:

The cold north westerlies must be good for something and with the wind forecast to be on the ridge there were no excuses for getting the K21 out and showing the ridge a good time.

First out was Mike Gatfield who also decided there had to be a task flown and turnpoints were declared and a (very!) short task was flown but at 116kph (and Bookers first ladder flight for 2015). This even allowed for some air to air time to formate on a passing RV6.

Encouraged by KCZ's safe return, Paul C/Steve W and George H/Jim W went out and enjoyed an hour or so each on the ridge in KCZ and John H put in an appearance in his Ventus. It was extremely cold and progress was observed by many members on FR24 back in the clubhouse. In spite of the cold, general consensus was that it was more fun doing the flying than watching it!