A weekend of sun, showers and successes

A successful week of cross country flying with lots of enthusiasm for flying laps around Bicester Didcot with a healty dose of competitive spirit thrown. Honours for the week go to 325 with a speed in excess of 110kph on Friday.

The weekend forecast was for armageddon (which didn't occur and the moral here is to look out the window and not just rely on forecasters) and Ruth Jackson lead the way in the sunshine on Saturday with her first Bronze leg on only her 4th solo - congratulations. 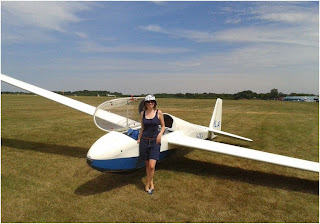 Jim Pengelly showed his domestic skills with a bit of post flight cleaning - yuk! Fortunatley this is an unusual occurrence and the pilot did say they had enjoyed it. 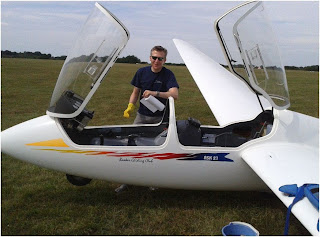 Other success comes by way of Jim White and William Parker competing in the Bicester Regionals. Jim is reporting in his blog which can be found at http://duo315xc.blogspot.com/

On Sunday Jim (315) came 2nd in the Open Class and William (LC) 4th in Sports - the wind and the showers must have been quite a challenge.

There was a great buzz when I arrived at the airfield as most of the club had been cross country. The short racing task clearly captured the imagination and encouraged people to 'have a go'.

We had another cracking evenings flying - with stonking lift until 7pm, and light lift to maintain height after that. Recently some of the best conditions have occurred in the late afternoon and early evening which is rather nice for somebody working office hours!

As I headed back to the high key, the balloonists were taking to the sky; You can just make out the red dot above the horizon in the picture. 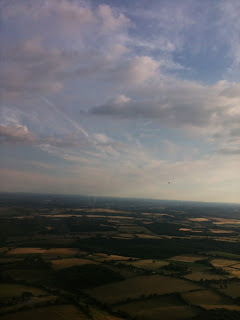 A cleansing ale served as a fitting celebration to a great day and evening of flying.

Ever thought about flying a comp but worried that you don't have a hot ship? Now is your chance to fly on equal terms, no matter what glider you fly, come and try the Booker Sailplane Grand Prix, with handicapping for gliders - but not for pilots, that bit's up to you. 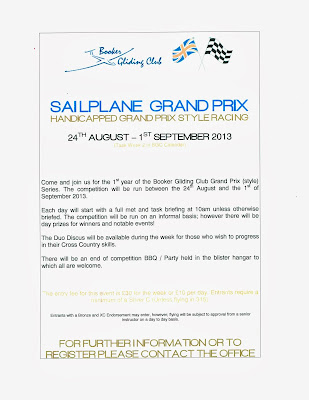 The Duo is off to Bicester for the Regionals next week. I have started a blog where we will post news of the comp as we go. http://duo315xc.blogspot.com/

Posted by jimboffin at 20:12 No comments:

And then the sky went 'pop' 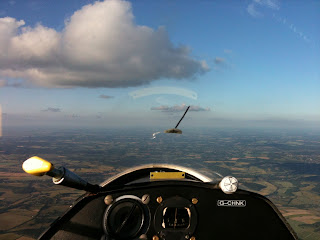 That was unexpected. I took off at 6:30pm, released straight into lift under a cloud street and then spent the next hour above 3,000 ft eventually landing at 7:45pm!

The conditions were fascinating. The wind formed short streets of very high cloud. And you had to play leapfrog - sticking with the current street until the next street to the east developed. Then you could dash East through the sink and meet the next street all within the 4,000 feet QFE airspace.

As the sky cleared, and lift died, the moon came up just above my wing! 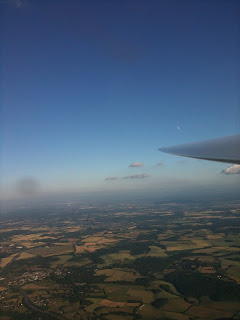 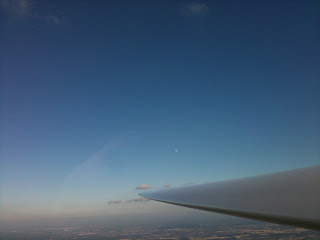 And a view down the Hambledon valley in the evening light. 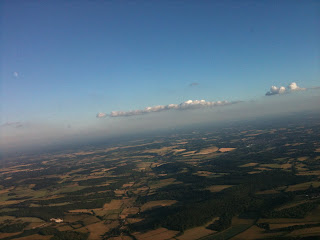 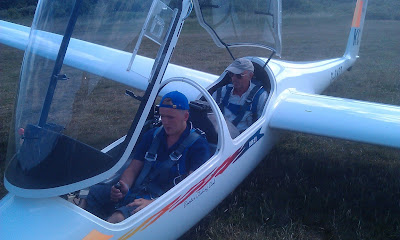 We were very pleased to welcome Brian Spreckley back at Booker when he flew with Owen Hargrove whose father Ian was a keen Club member some years ago. The biggest change that Brian noticed at the Club was the higher airspace now available overhead the airfield.
He suggested we might like to visit Issoudun which is his local Club next time we visit France.
Posted by Denis Campbell at 18:35 No comments:

The continent comes to Booker 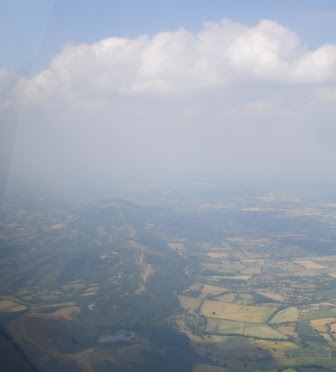 Running up Great Malvern towards Worcester 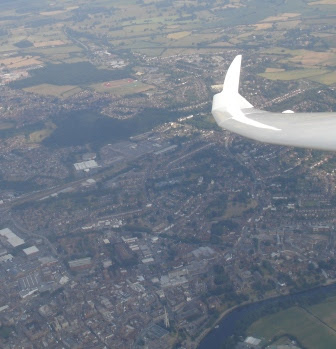 The expedition to Le Blanc was good training for the continental conditions we are now experiencing. Hot days with a late start and then off in mega conditions and pleasantly cool running at 4,000'. Many thanks to all those that make this sort of flying possible.

Posted by Denis Campbell at 19:59 No comments: 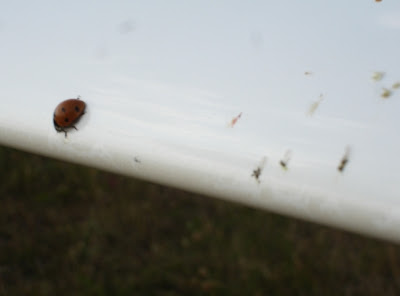 This prolonged hot spell has seen an increase in airborne bugs which b....r up the glider's performance somewhat. An easy low cost solution is now available. Supplies of ladybirds will shortly be on sale in the office. It is suggested that you will need to reduce speed when releasing them onto the leading edge. No need for expensive winding apparatus: When they have finished feeding just speed up and they will be off(providing lunch for the swallows).
Posted by Denis Campbell at 23:07 No comments: 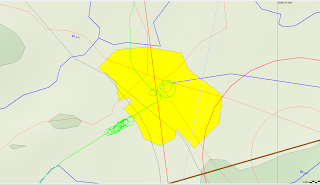 Whilst the theory would have you believe that in the blue the best climbs are over the towns, this is not always the case. Having drifted down to 1500' looking for lift over Aylesbury, I noticed small Cu forming upwind of the town. The first of these gave 3.3 kts for an easy ride home. Sometimes it pays to look up.
Posted by Denis Campbell at 22:29 No comments:

.........at the Woodcote Transport Rally where the Team was kept busy all day in the hot sunshine by a steady stream of visitors to our display.﻿

We were guests of Dennis Pearson of Chiltern Airsports, who kindly invited us to share his stand. We also has as neighbours John and his jet flying friends who had some scarily realistic models on display. Elsewhere there were plenty of other transport options on view, including motorbikes, cars, vintage fire engines and plenty of steam engines. We were also treated to a fly past by a Lancaster and a display by the BBMF.


Many thanks to Dennis Pearson for allowing us to share his stand, and also to the members who gave up their time over the weekend at this event and at the Wycombe Festival yesterday to promote the club.

Booker goes to the Festival

Today half of Booker's Marketing Team went to the Wycombe Community Festival﻿ where we had a busy day with queues of future glider pilots wanting to sit in the Junior, as well as adults expressing an interest in coming to see us and taking a flight or two.
﻿ ﻿
It was extremely hot, but there was plenty of entertainment, with non-stop music from the stage, and a carnival procession, and there was also plenty of interesting food to be had.


The other half of the Team was at Woodcote Transport Rally which goes on until Sunday, we await news of their successes.
Posted by Jane at 20:56 No comments:

Word about Booker is getting around, last week father-and-son team Philip and Sam came over from Holland for a 5 day course, at the end of which both went solo, making the most of the good weather that has finally arrived. Philip said, 'We had a fantastic time. We hope to be back soon.' 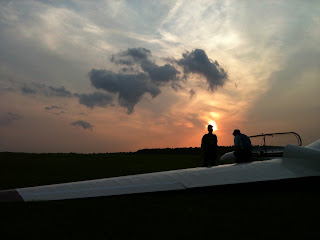 Friday evening gave us some lovely flights. It was mostly blue, with nil wind but there was a line of gentle lift on the valley that runs between the borstal and the airfield. The lift was too small to circle in, but if you beat up and down the SW facing ridge of the valley, you could maintain station at about 1500 feet for up to an hour. It was mostly zero and half knot, with the occasional blip of 2 Knots. Lovely.
Posted by Brian at 12:13 No comments: