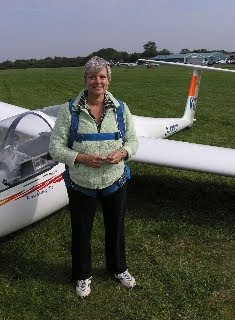 On Saturday we welcomed Claire, the winner of the competition in the Riverside Journal, who came to take up her prize of a trial lesson. It looks from the smile as though she enjoyed it.
Posted by Jane at 21:49 No comments: 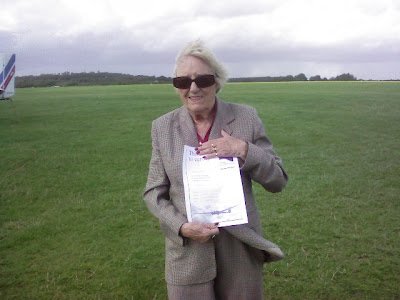 It was a busy day at the launch point despite the approach of Hurricane Katia. The instability gave opportunities for long soaring flights for some members, and our Trial Lesson and Course members also made good use of the conditions. One of our visitors was Frances who was celebrating her 90th birthday with a glider flight. Her family's concerns about possible turbulence were brushed aside when we learned that she was just back from some off-roading in the Falklands. We look forward to her returning with some of her 10 pin bowling gang.
Posted by Jane at 20:17 No comments:

Booker at the Henley show one more time 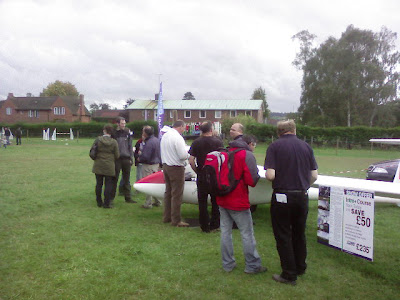 We had a good outing to the Henley show today. The cold front produced only a few gusts and some spots of rain and we had plenty of visitors to our stand whom we look forward to seeing again at the launch point very soon.

Many thanks to Davids F and H and John H for helping out, and to Bobs D and S for help with setting up and taking down the stand.
Posted by Jane at 21:15 No comments: 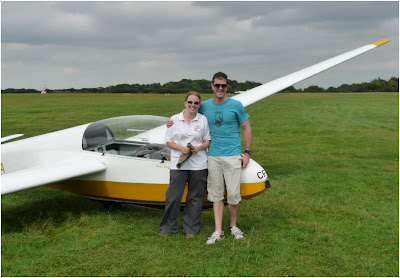