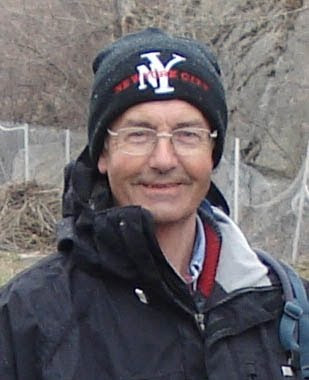 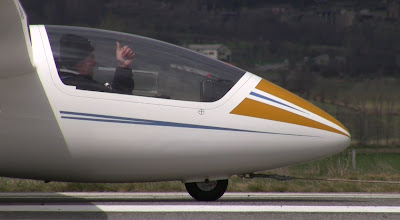 In October a BBC Radio 4 Science team were at Booker making a radio documentary on the atmosphere ‘Thin Air’. The first of a three part series is due to be broadcast tomorrow Wednesday 12 January at 21.00.

A busy day today with an Aerobatics course and the first of the Bronze C lectures of 2011 jostling for position in the briefing room first thing before the arrival of a sofa overtook events. The door wasn't big enough and it required the windows to come out. It was interesting to see that the ratio of onlookers to anyone doing anything useful was only just a point or two off the glide ratio of a standard class glider.

Fortunately the weather cleared after the front went through and the practical side of the Aerobatics course was able to take advantage of the sunshine and fabulous clear skies. 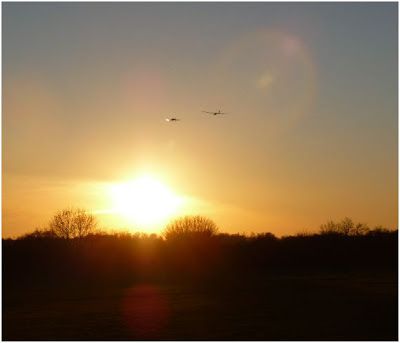 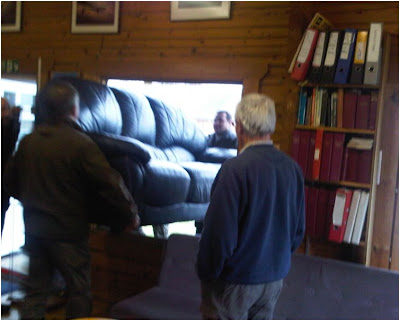 It's difficult to remember which day it is at this time of year, but it doesn't matter as long as we can fly. Plenty of people turned out today, although the weather wasn't as bright as yesterday. Danielle the helicopter pilot came along to see how much fun glider aerobatics can be, David B did another couple of soloes, and various other club members took the opportunity to keep current. John tried out the tug for size........... 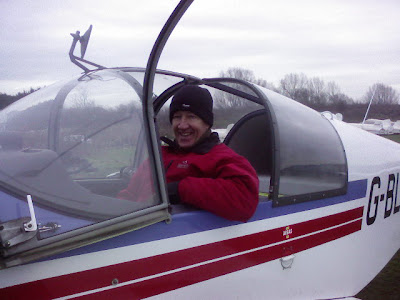 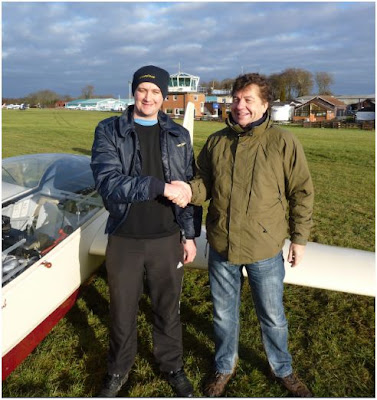 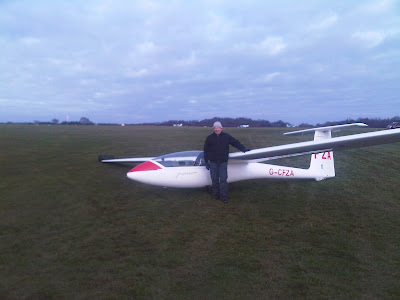