Making the most of the holidays

The frosty sunshine and calm skies provided an ideal opportunity for Richard to send Matthew Porter off on his first solo today.

﻿ Don't forget that the first Bronze briefing is on Saturday 3 January - Steve Williams on Navigation.

Here is the timetable for the 2015 series of Briefings, all at 10hrs on Saturdays, which will cover topics covered in the Bronze paper as well as other fascinating subjects. All welcome - aspiring pre-Bronze pilots, trainee instructors mugging up on briefings, anyone feeling a bit rusty - come along and join in. 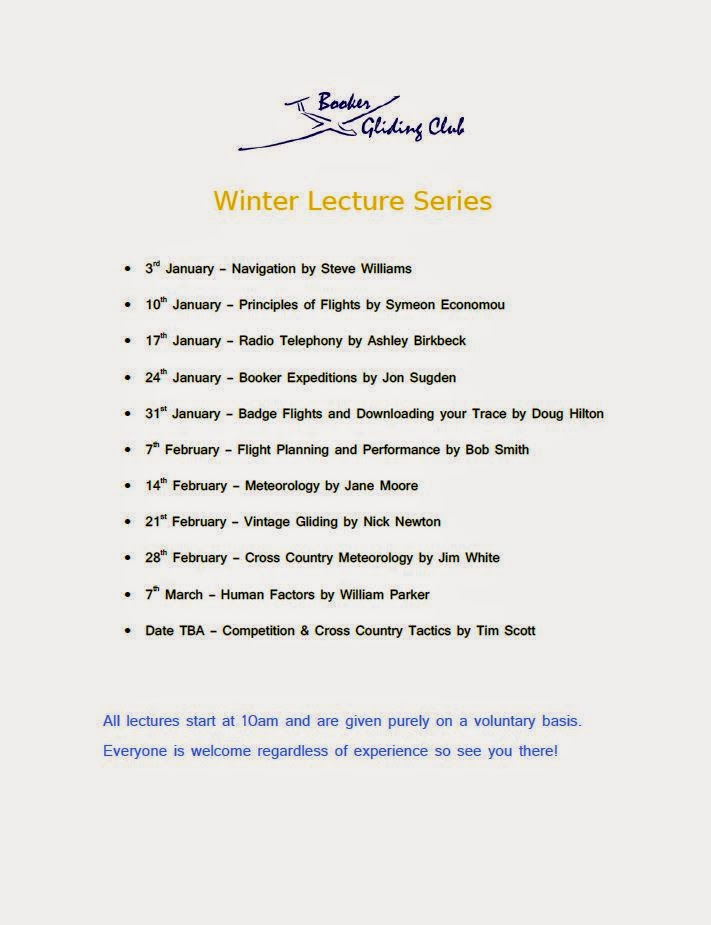 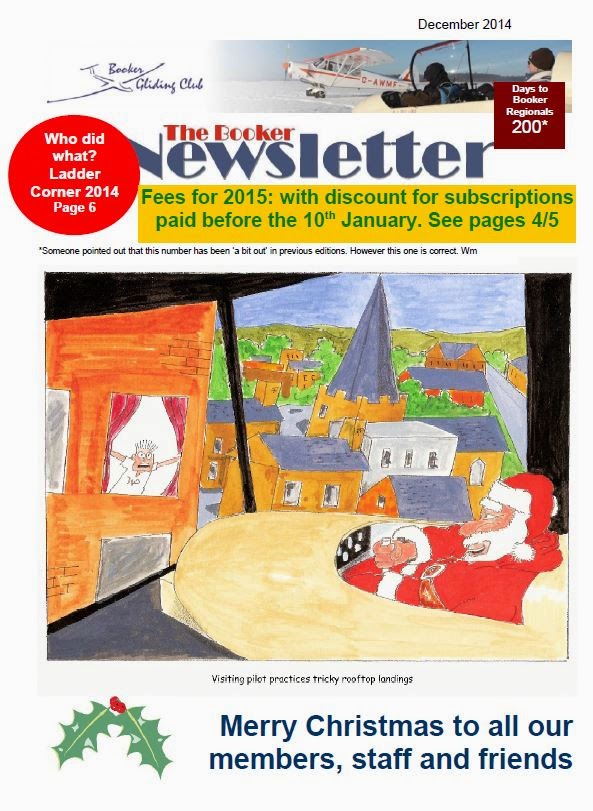 A day of clear sky, sunshine and light winds - ideal for the aerobatics enthusiasts and other club members to get airborne.  Many folks were about with the the FI(S) and BI course taking place in the morning, with the opportunity to get flying in the afternoon. 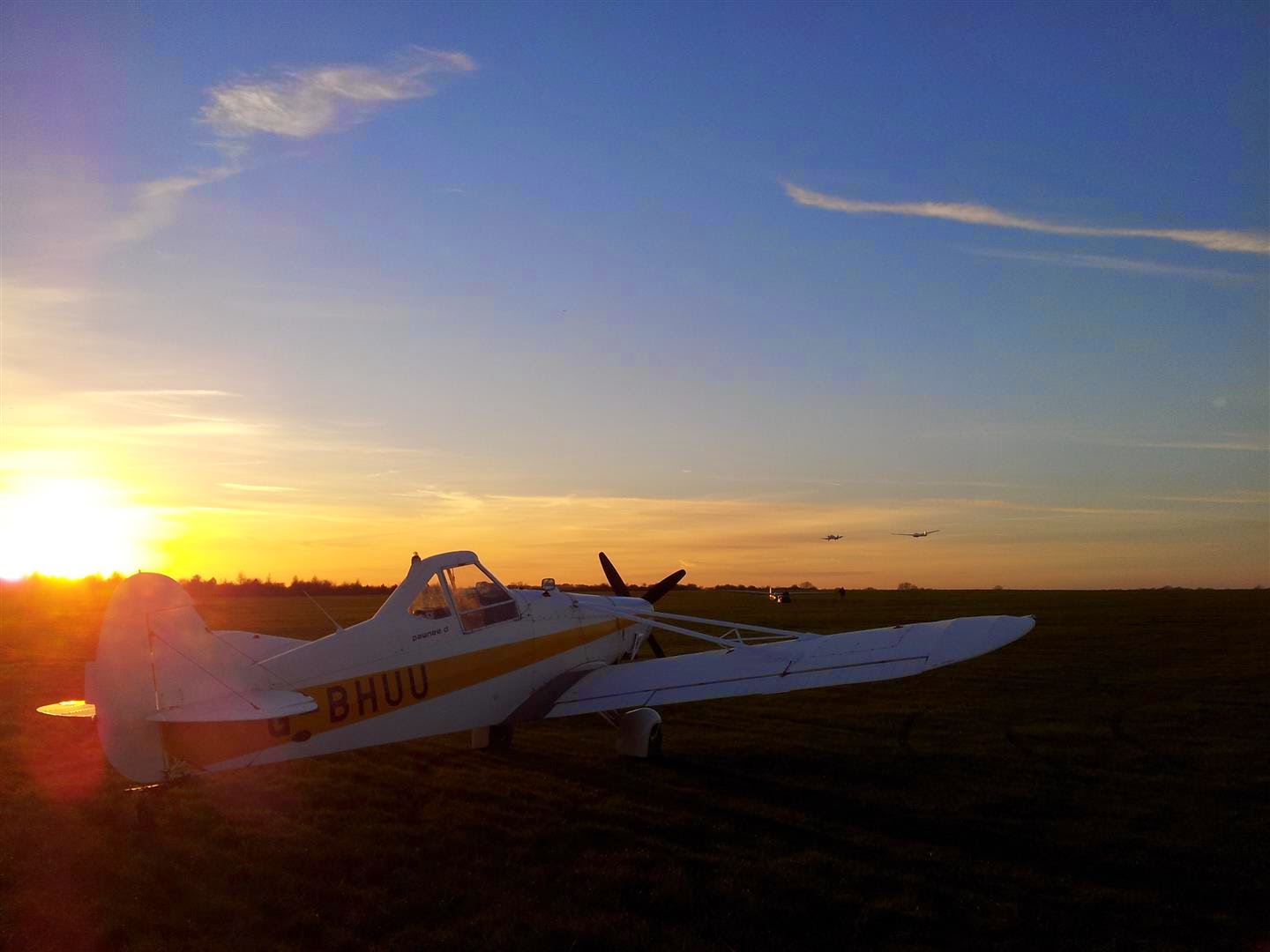 This week the (powered) World Intermediate Aerobatic Championships 2014 have been taking place in Mossel Bay, South Africa, with teams from 13 countries competing. The 7-strong British team included 3 current and former Booker members: Paul Brice, Emily Collett and Mike Collett. The pilots have had a pretty tough week with less than ideal weather, in particular some strong winds, but the British team did brilliantly, coming away with Silver - the South Africans won Gold, and the Czech Republic Bronze. The full results can be found here. And below are some pics shamelessly pinched from the British Team's Facebook page. 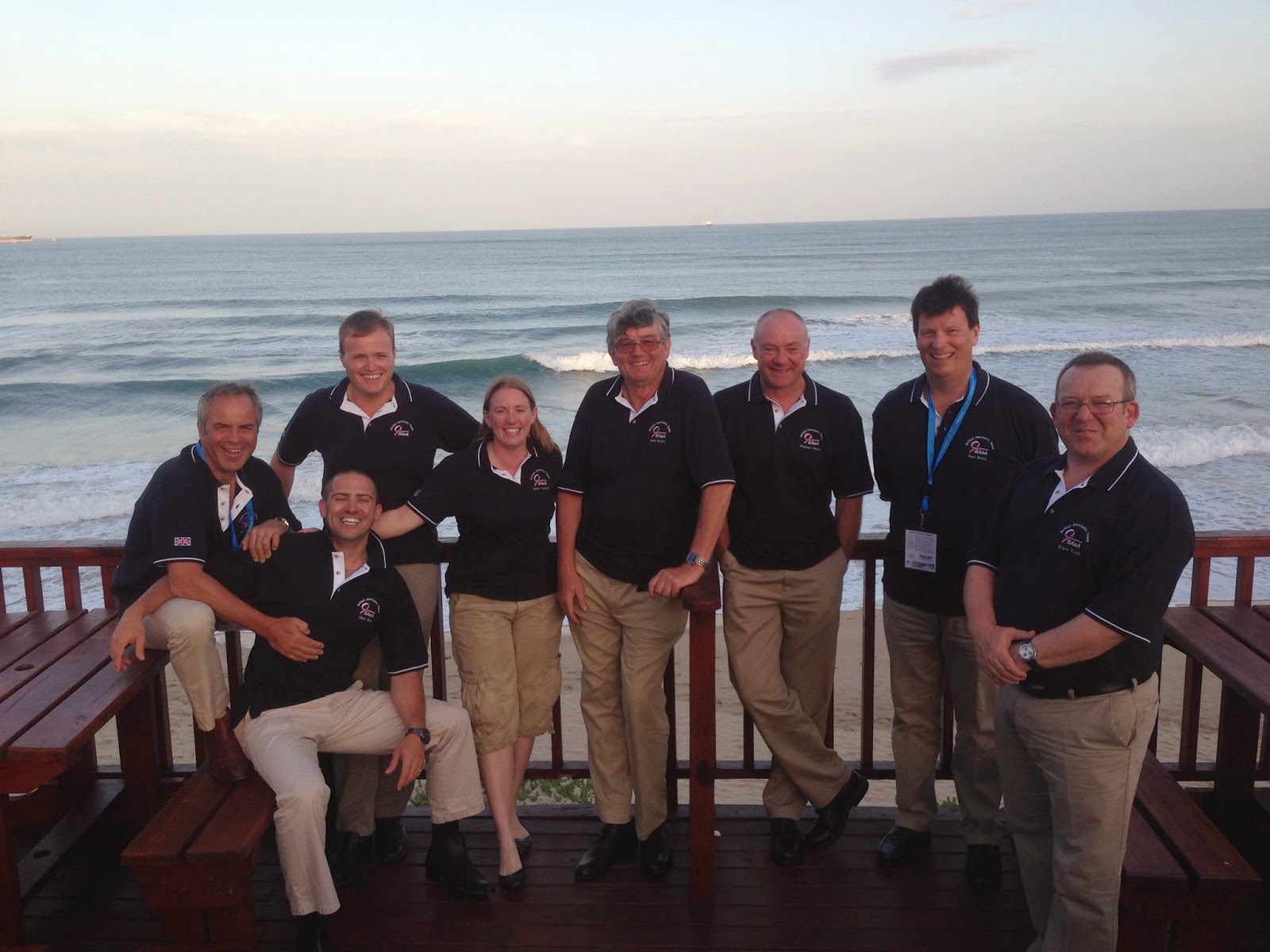 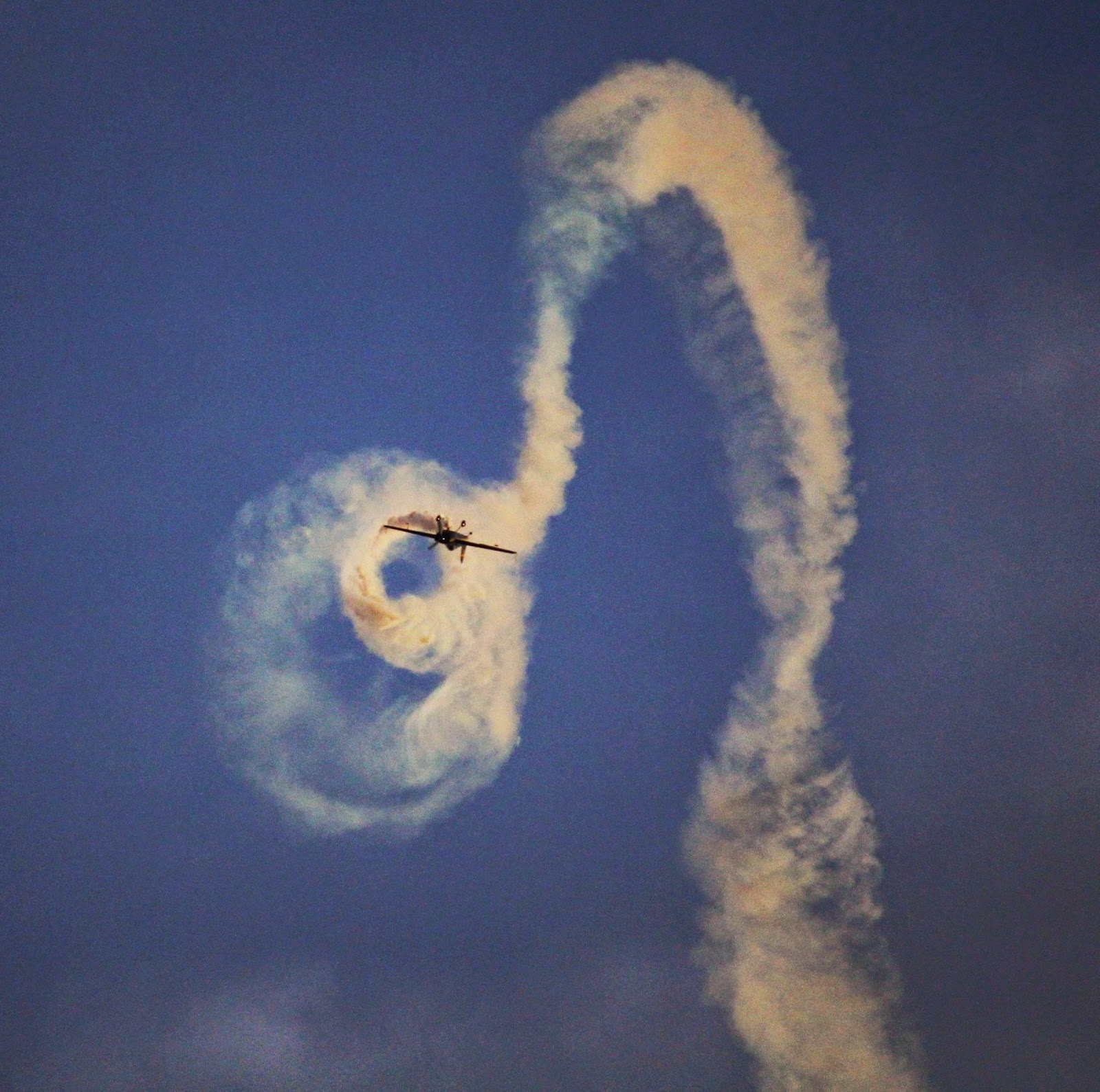 Some reasonable weather encouraged a flurry of activity at the launchpoint, with the promise of some sunshine, light easterlies and warmer than average temperatures. 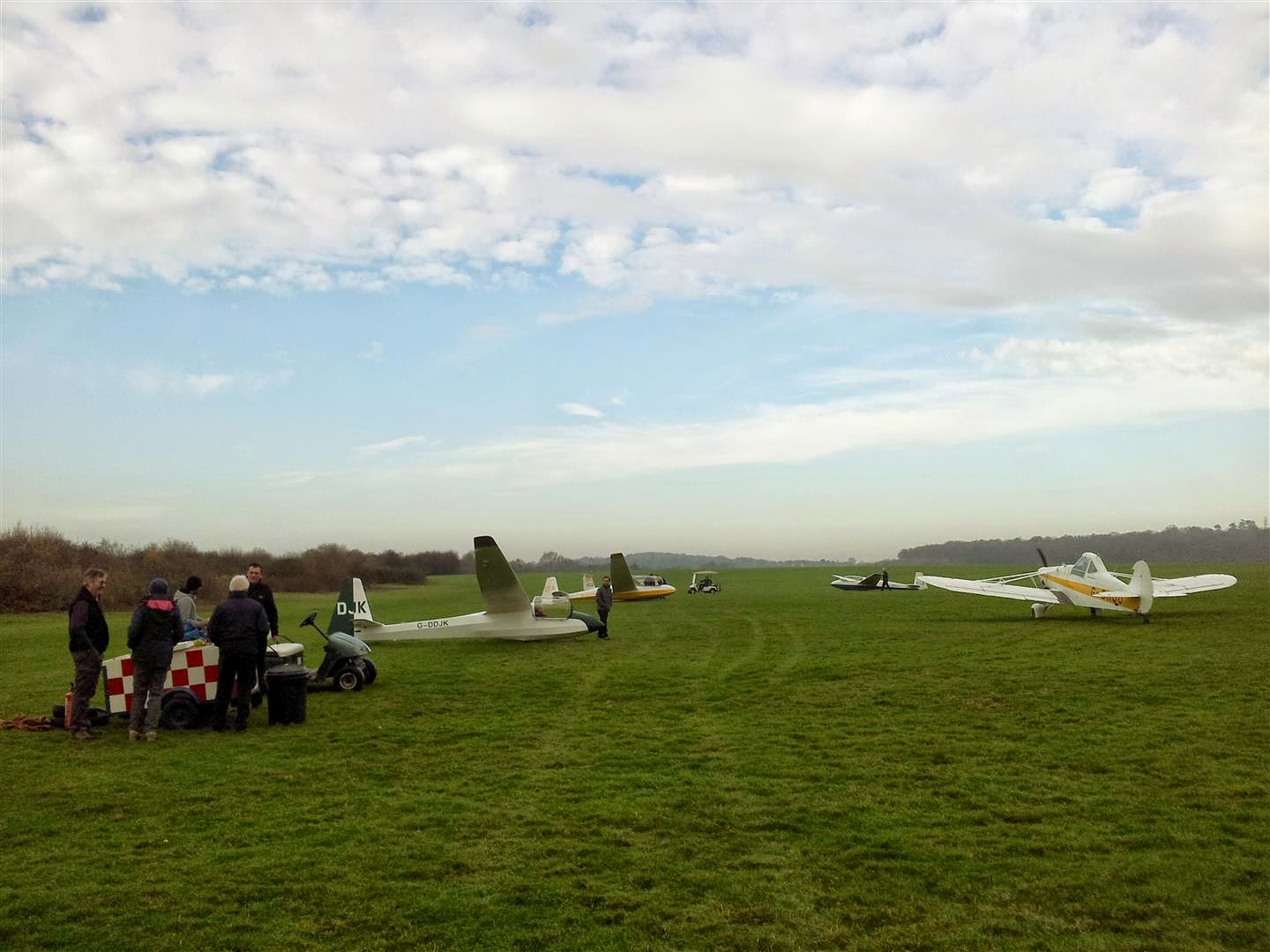 Meanwhile, the XC debrief session took place in the clubhouse, attended by many members, with some stretching their legs afterwards to grab a bit of fresh air at the launchpoint.

A thorough glider and tug cleaning session at the end of the day was preceded by a reminder that canopy misting can be a significant hazard at this time of year! 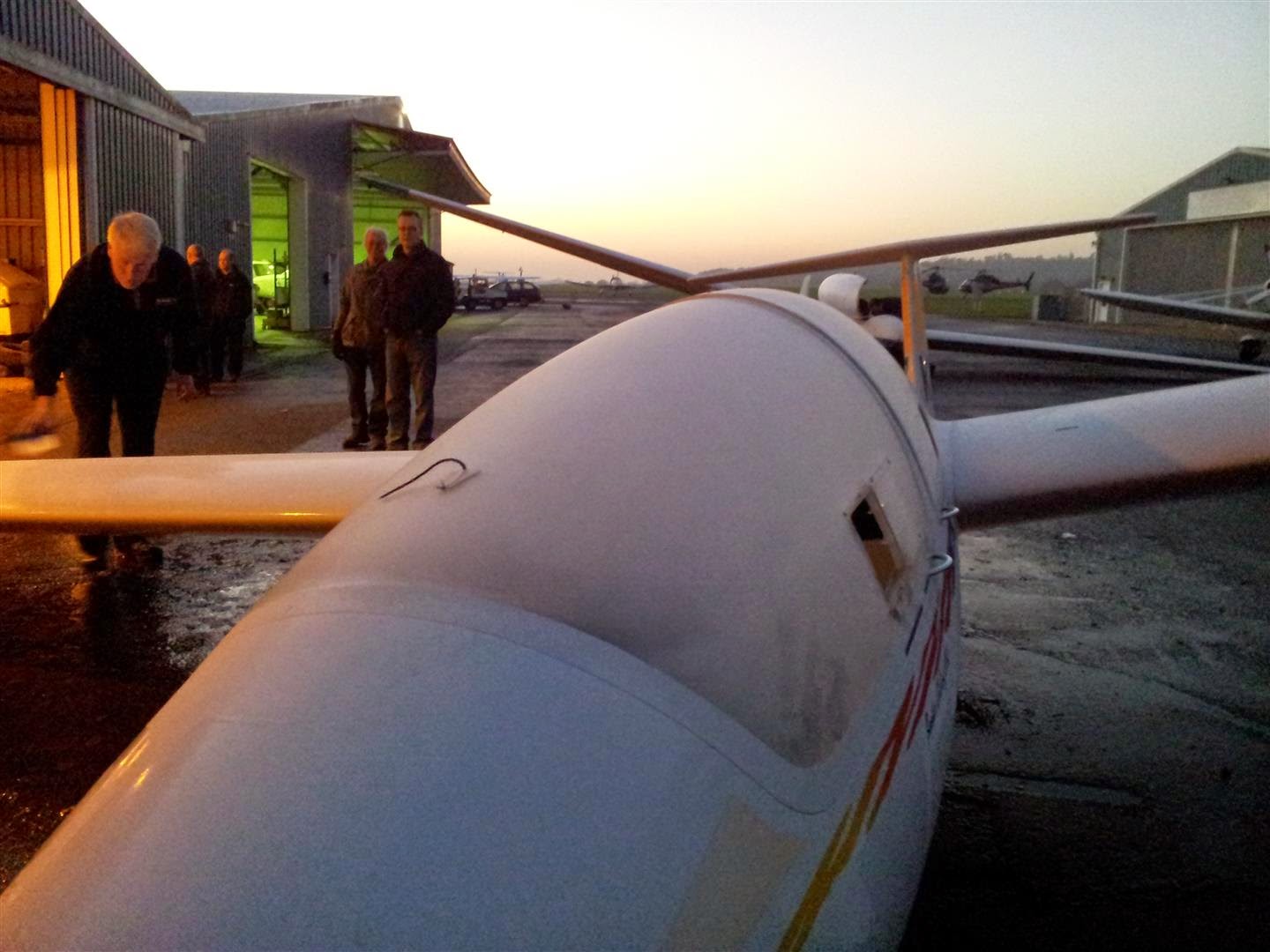 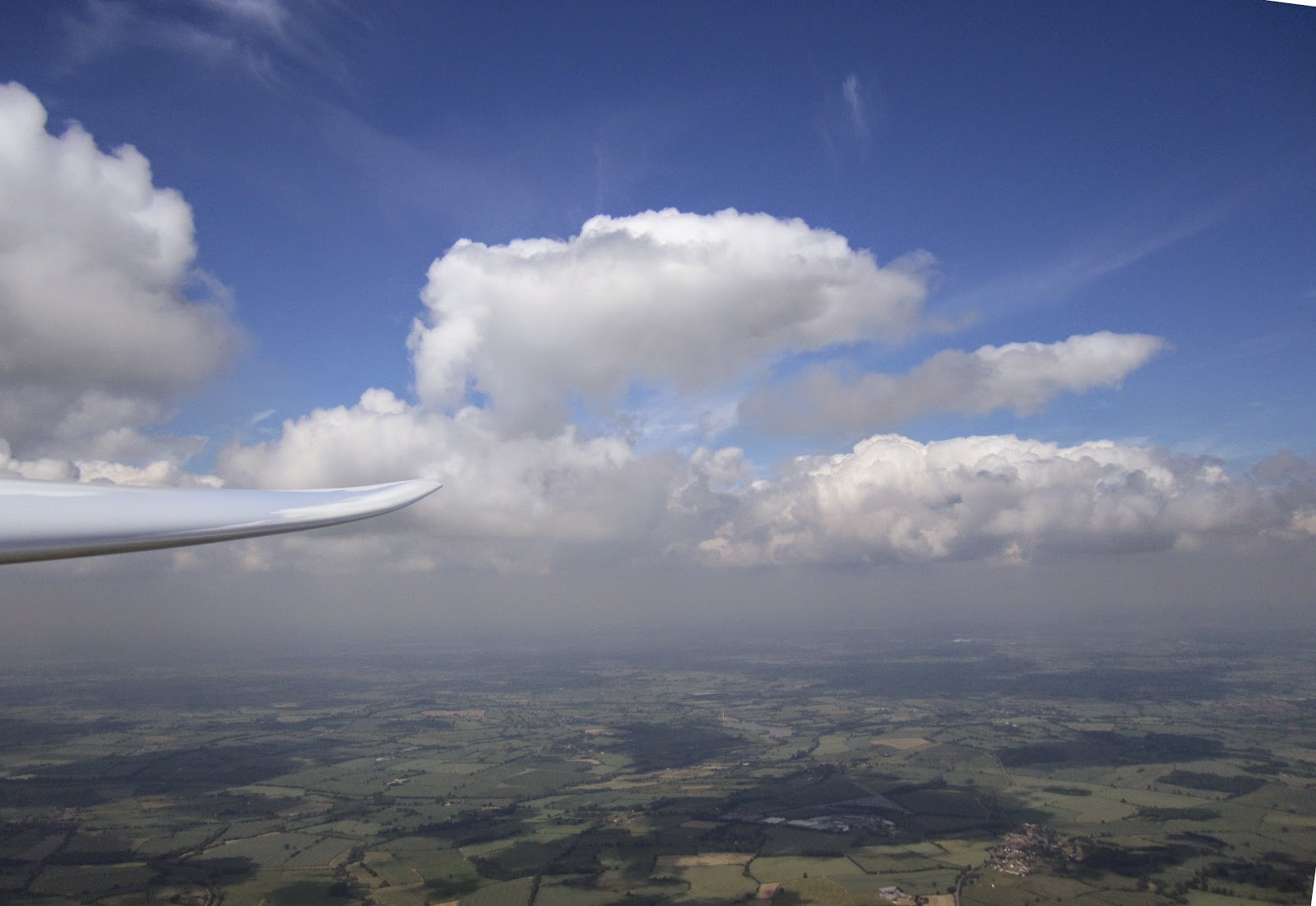 There has been huge enthusiasm this year for xc racing, thanks to the new Handicapped Task method pioneered by Booker. This has generated a momentum that has lead to us bidding for, and getting, a Regional championship for next summer.  In order to learn from this year's activities - what we got right and an honest appraisal of what we got wrong - and apply lessons learned to next year's flying, there will be a debrief session on Saturday 29 November at 10am in the clubhouse.

Topics to be covered will include:

Come along and join the discussion.

Former cadet Mike 'Minigat' Gatfield has been selected for the British Team to compete in the 9th FAI Junior World Gliding Championships in Narromine, Australia in 2015. Fantastic news, congratulations Mike!

Crockett Junior finally made her entrance early on Saturday, weighing in at 9lb 5oz. Nameless as yet, suggestions include Amy and Amelia, just to get her thinking along the right lines.

Congratulations to Sarah and Richard on the safe arrival. 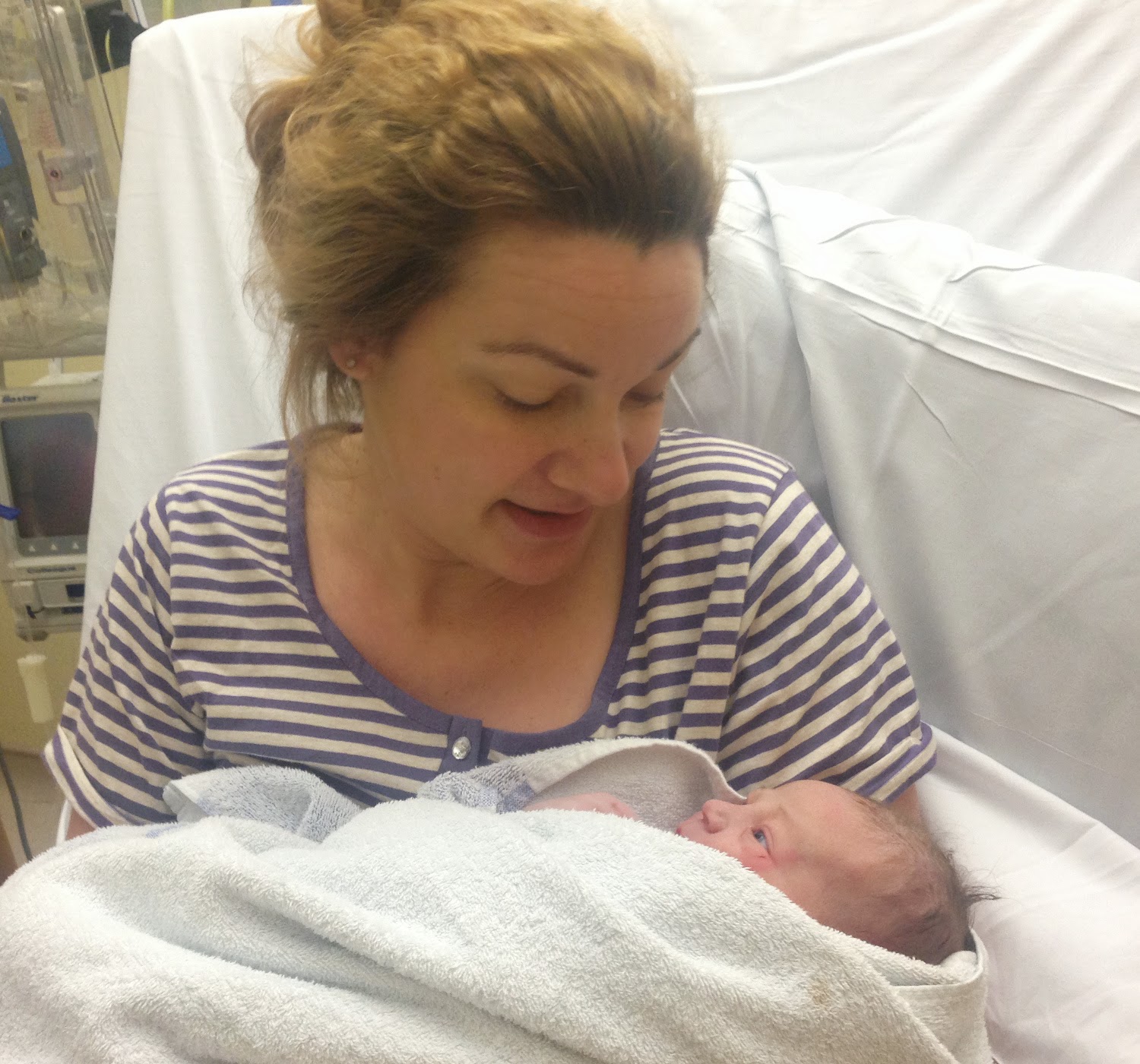 Morning mist in the valleys, 2kt climbs by lunchtime and a beautiful sunset - a fantastic day was had by all on Sunday.
Posted by Mike R at 09:32 No comments:

Why it pays to get up early

There were some fantastic views to be seen today by those who took the first launches, before the mist had cleared from the valleys. Don't turn off your alarm at the weekend, get up and get down to the airfield. 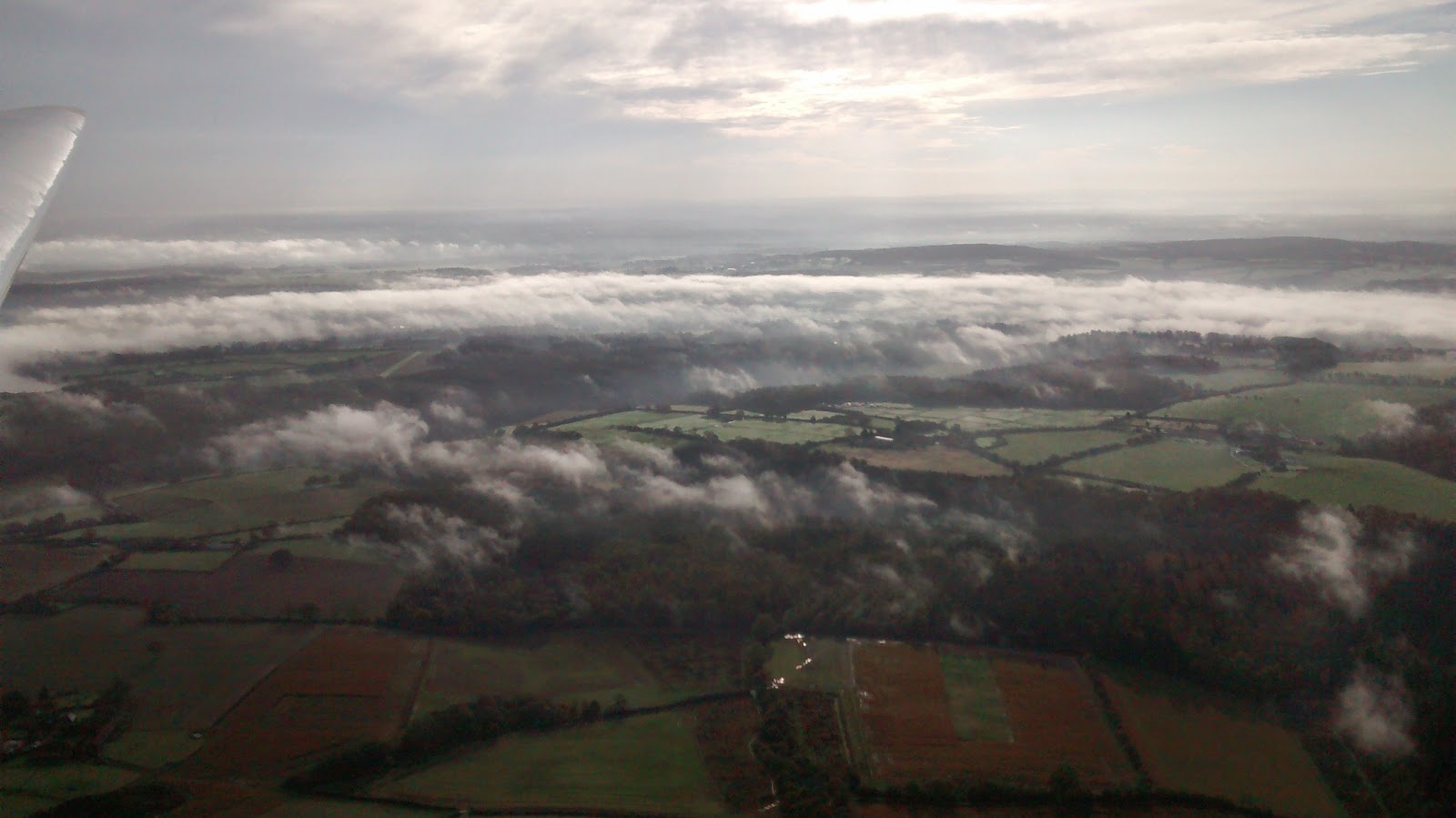 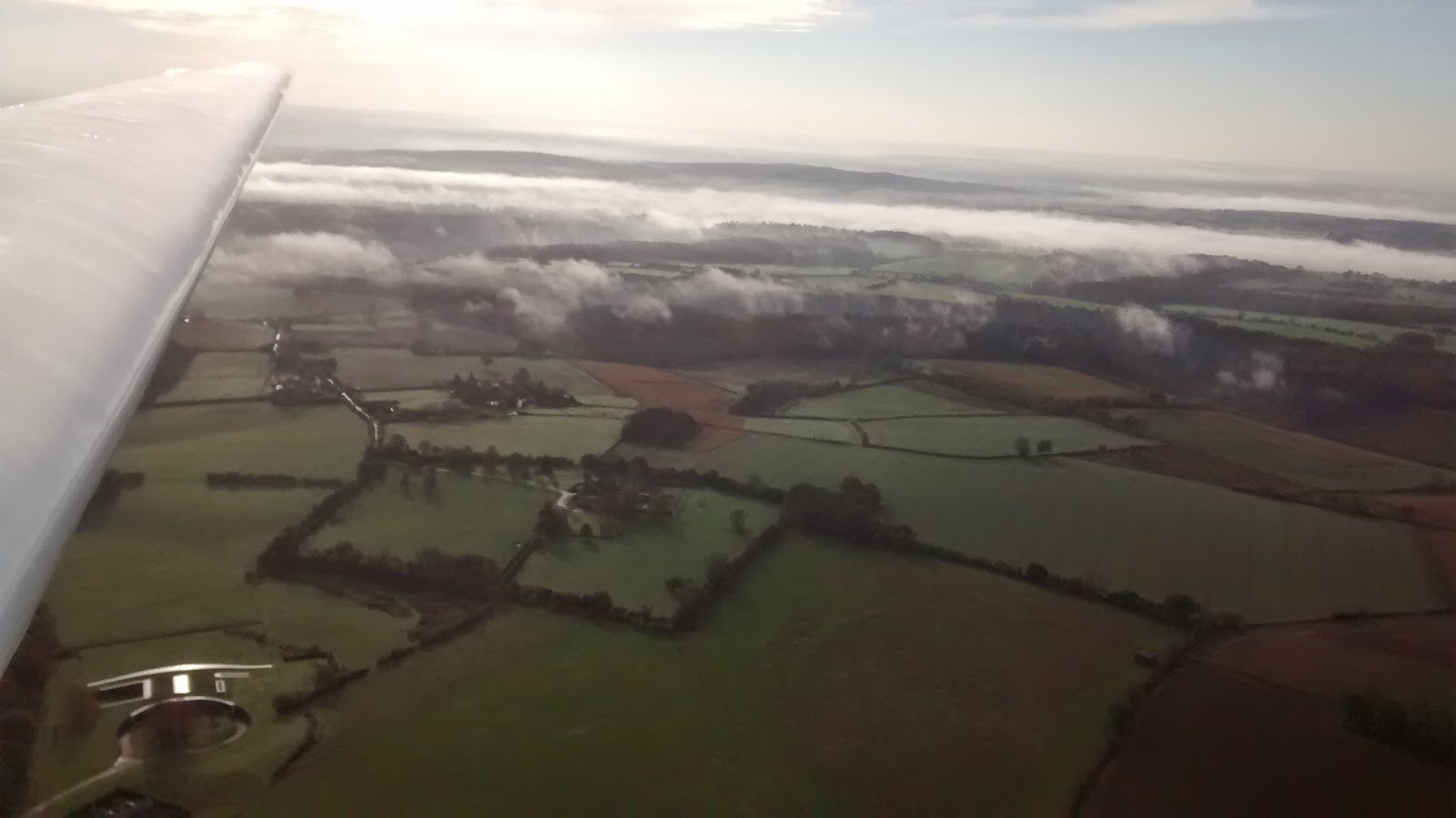 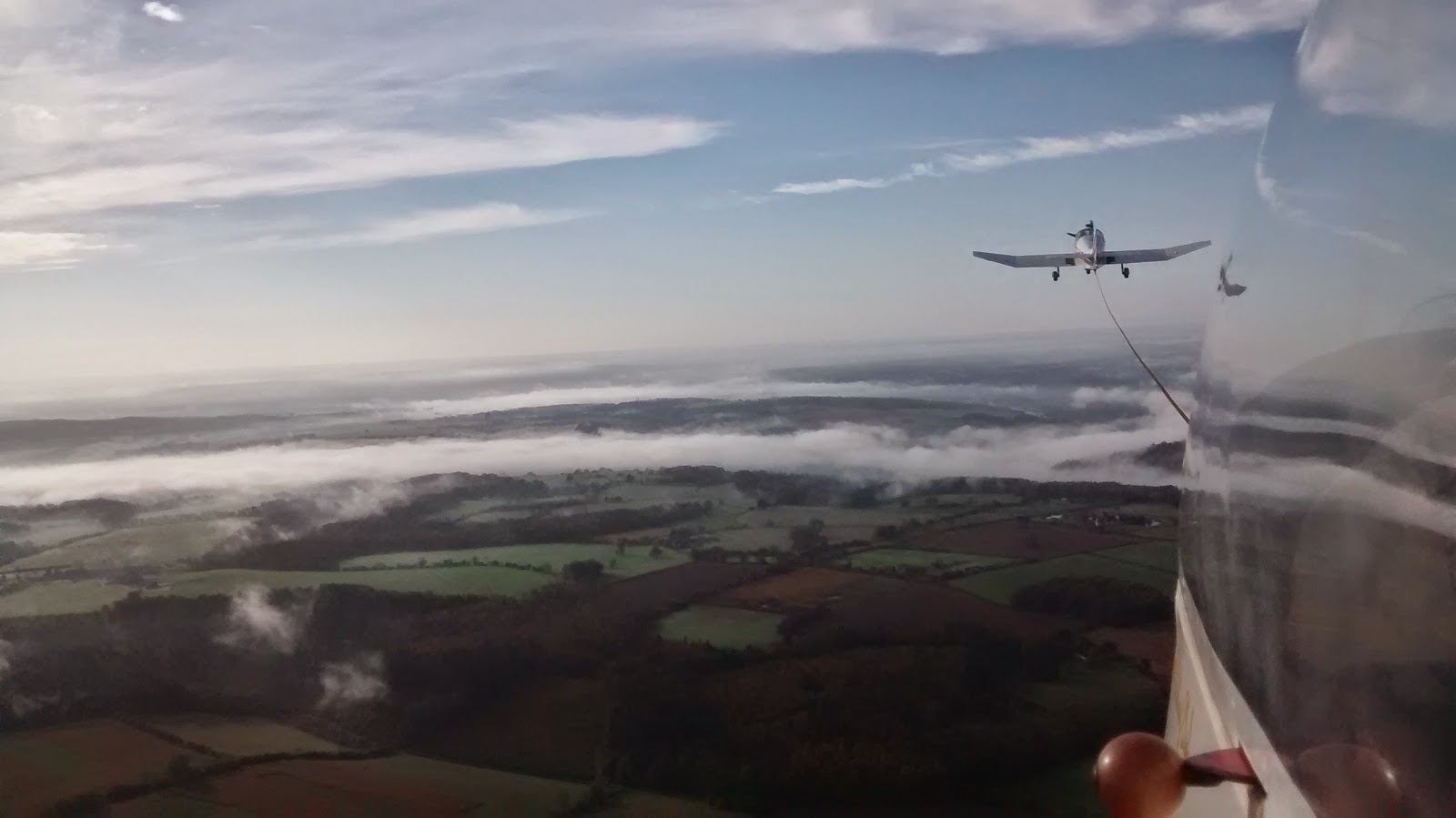 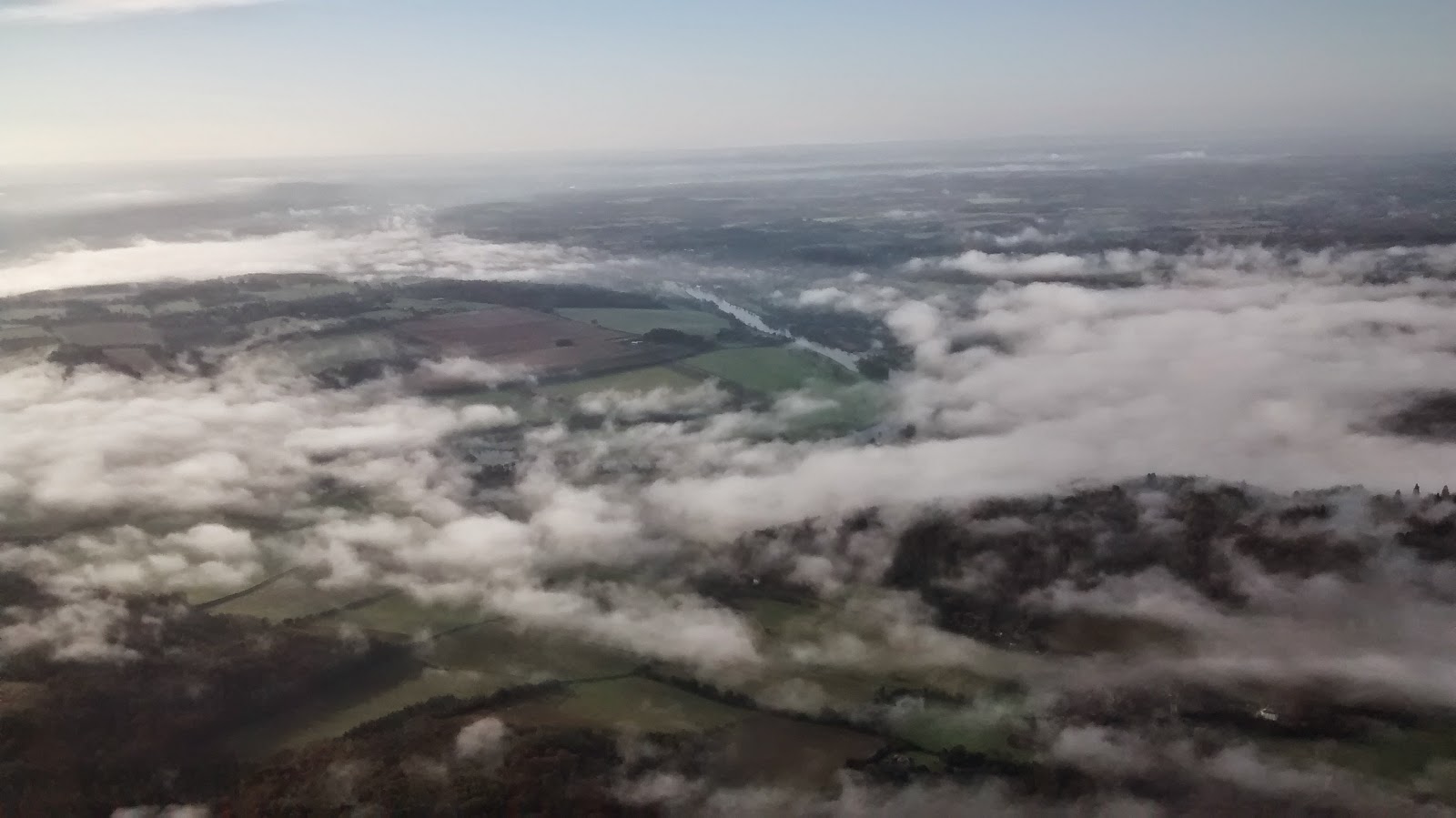 Even though the clocks have gone back, there was much activity at the club today, with pleasant blue skies and sunshine on the airfield - great conditions for Graham and Alun’s aerobatic sessions.  Richard was also running an Instructors course, bringing together those following the FI(S) course, budding new Basic Instructors, and the useful individuals who will help out by instructing in the simulator.  Practice briefings followed, in groups, in the hangar and then in the sim, allowing many to experience and enjoy each other’s instructing attempts in an airborne situation at the same time. 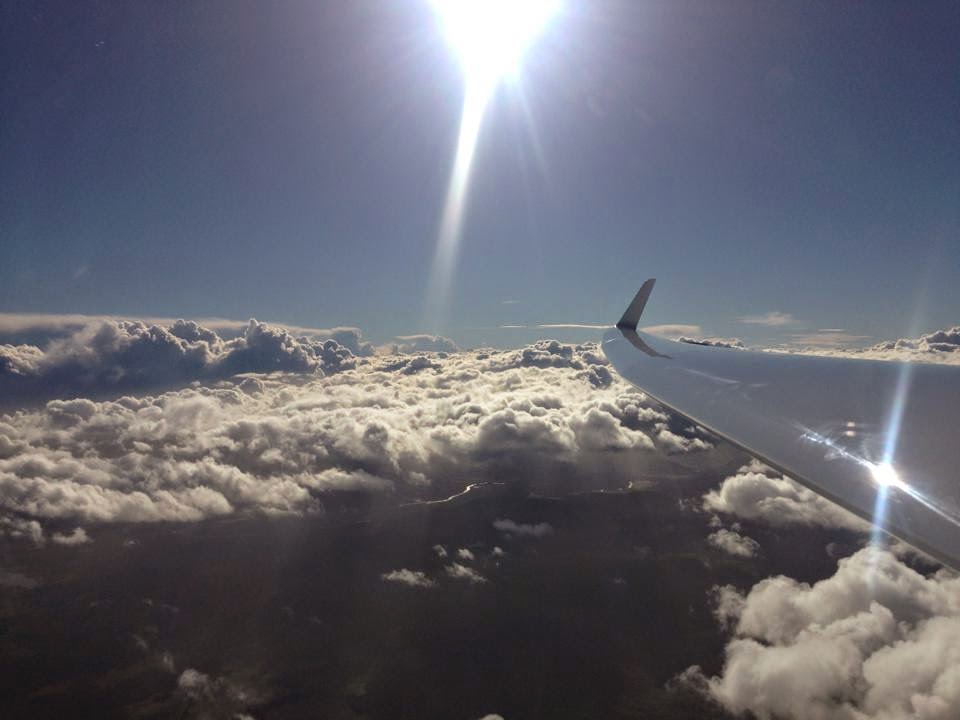 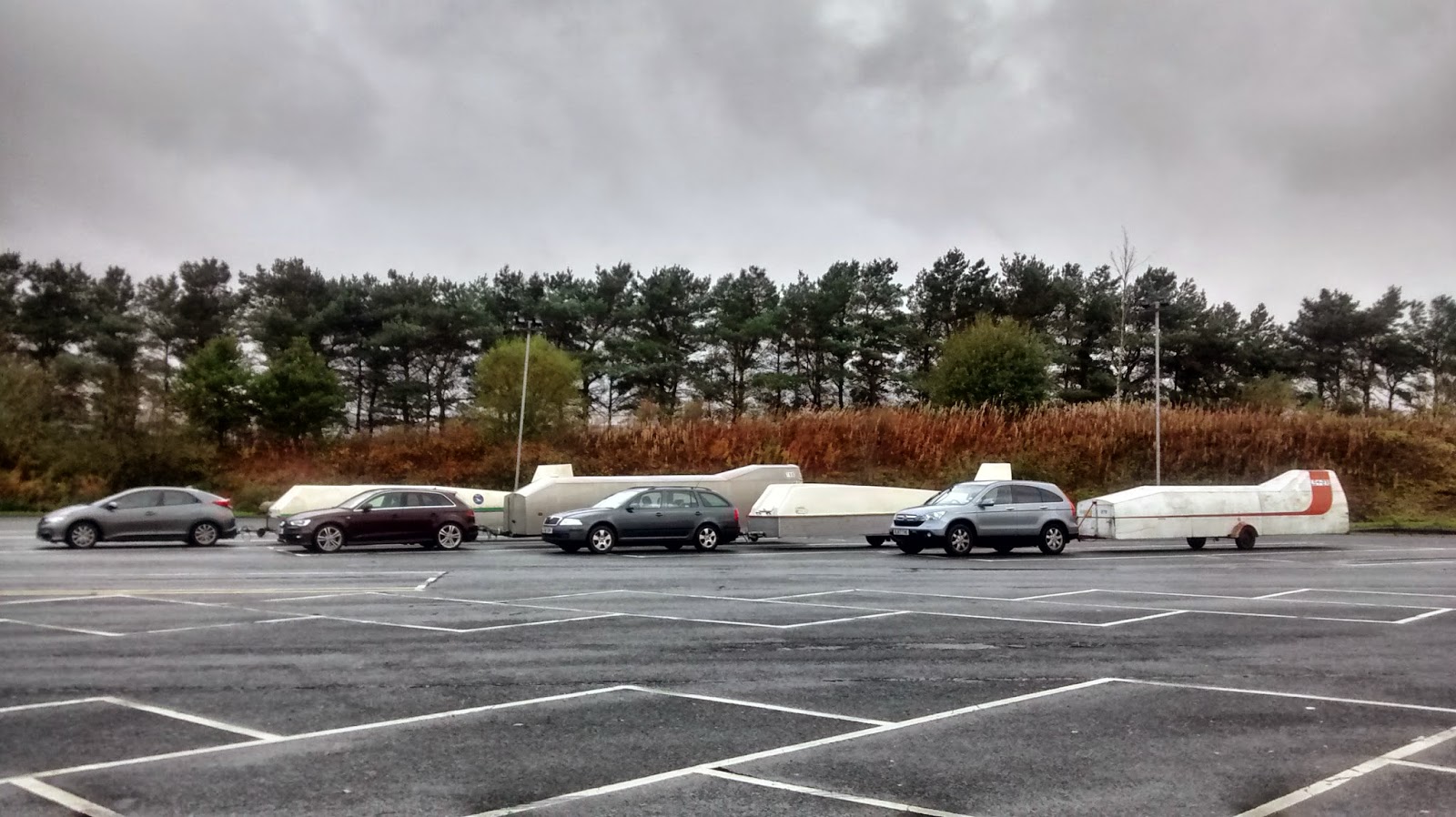 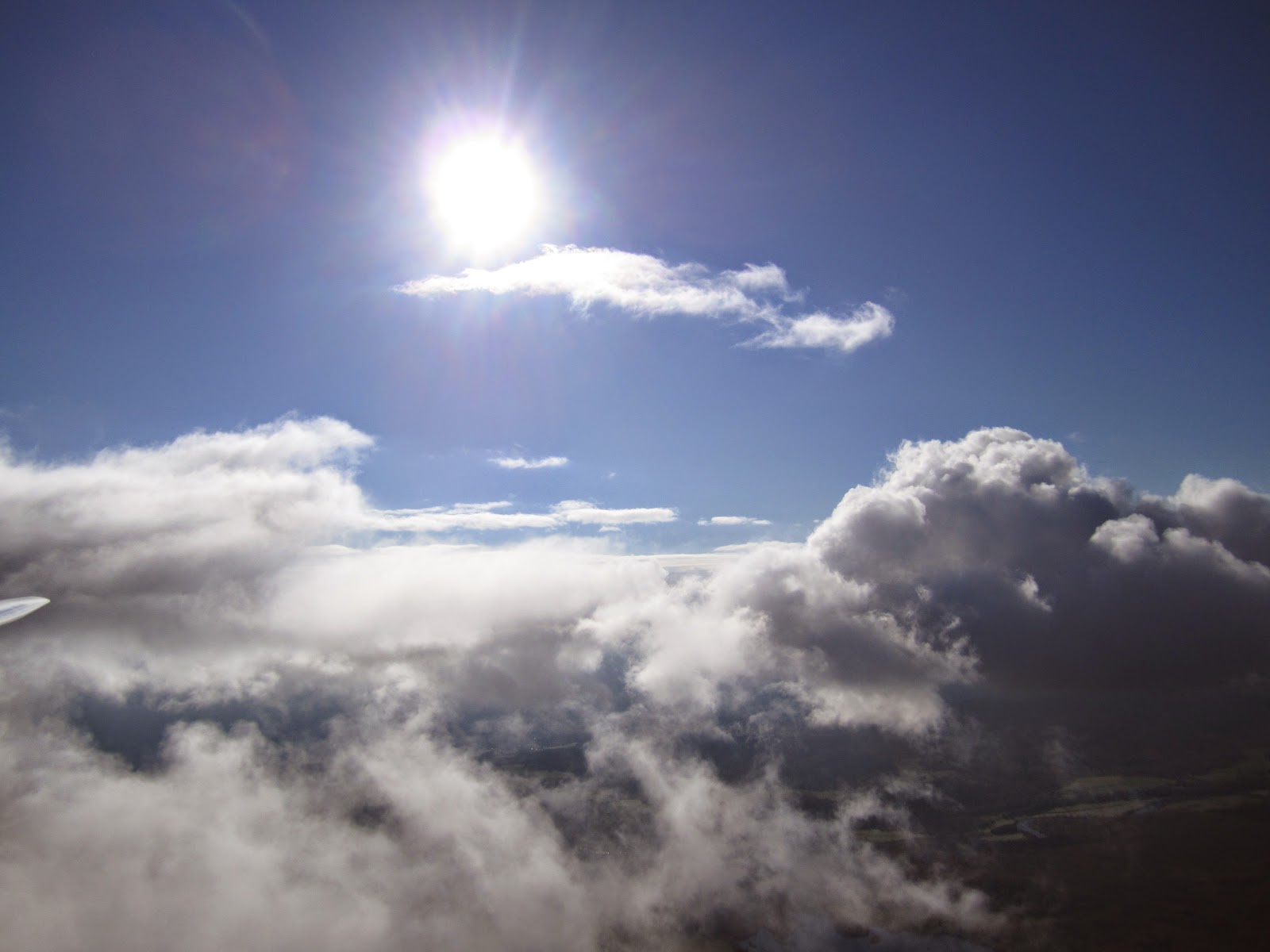 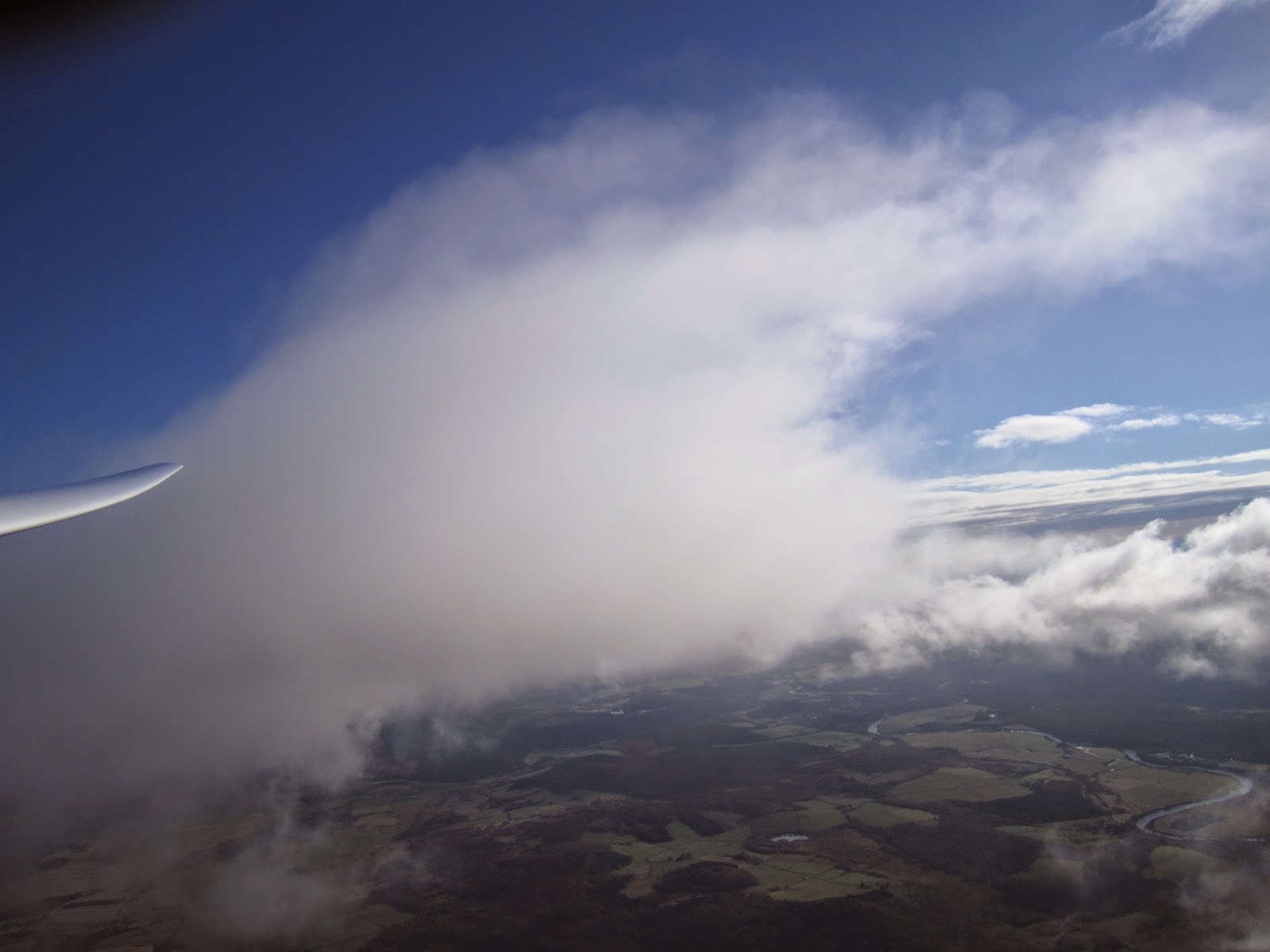 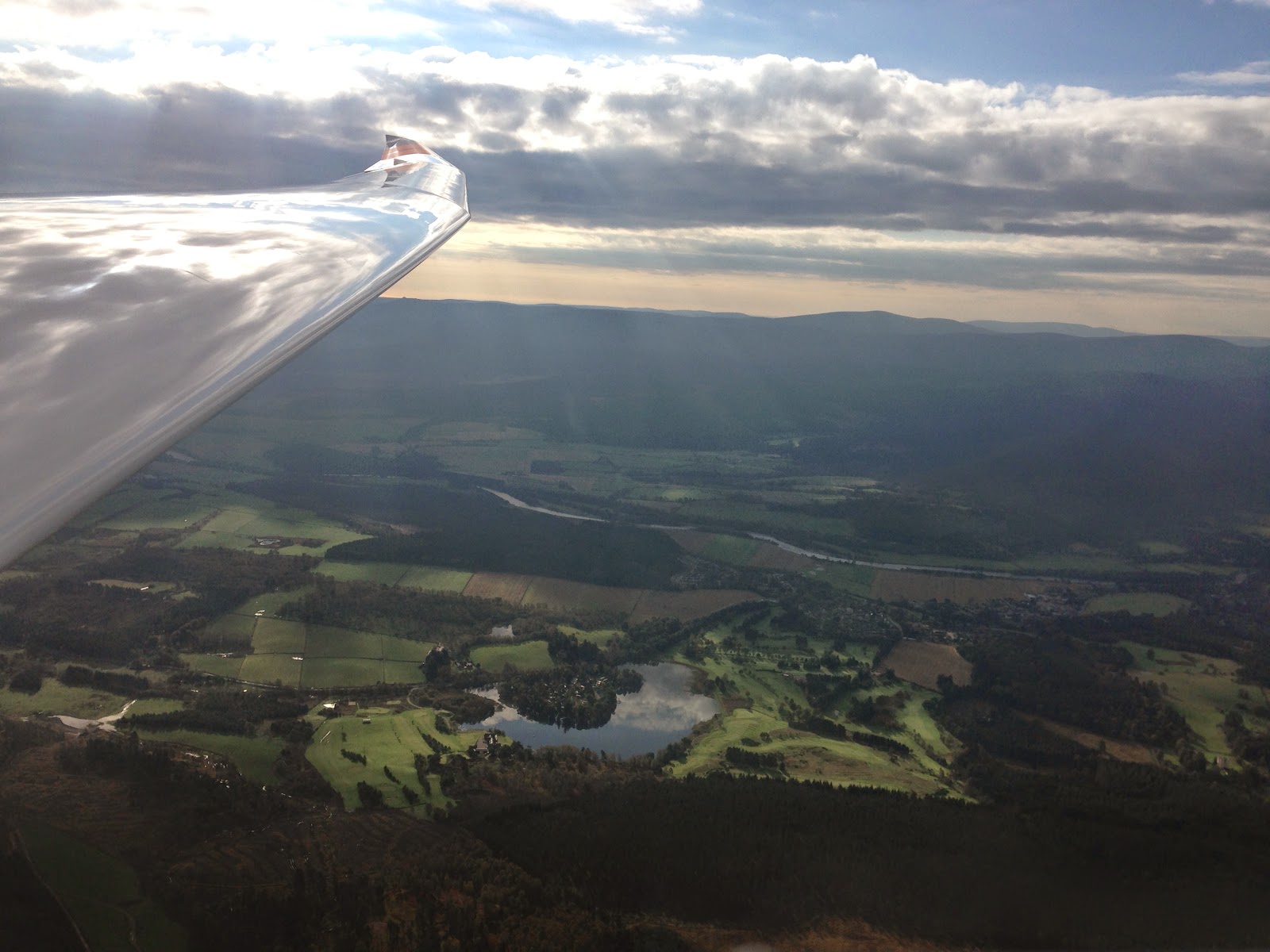 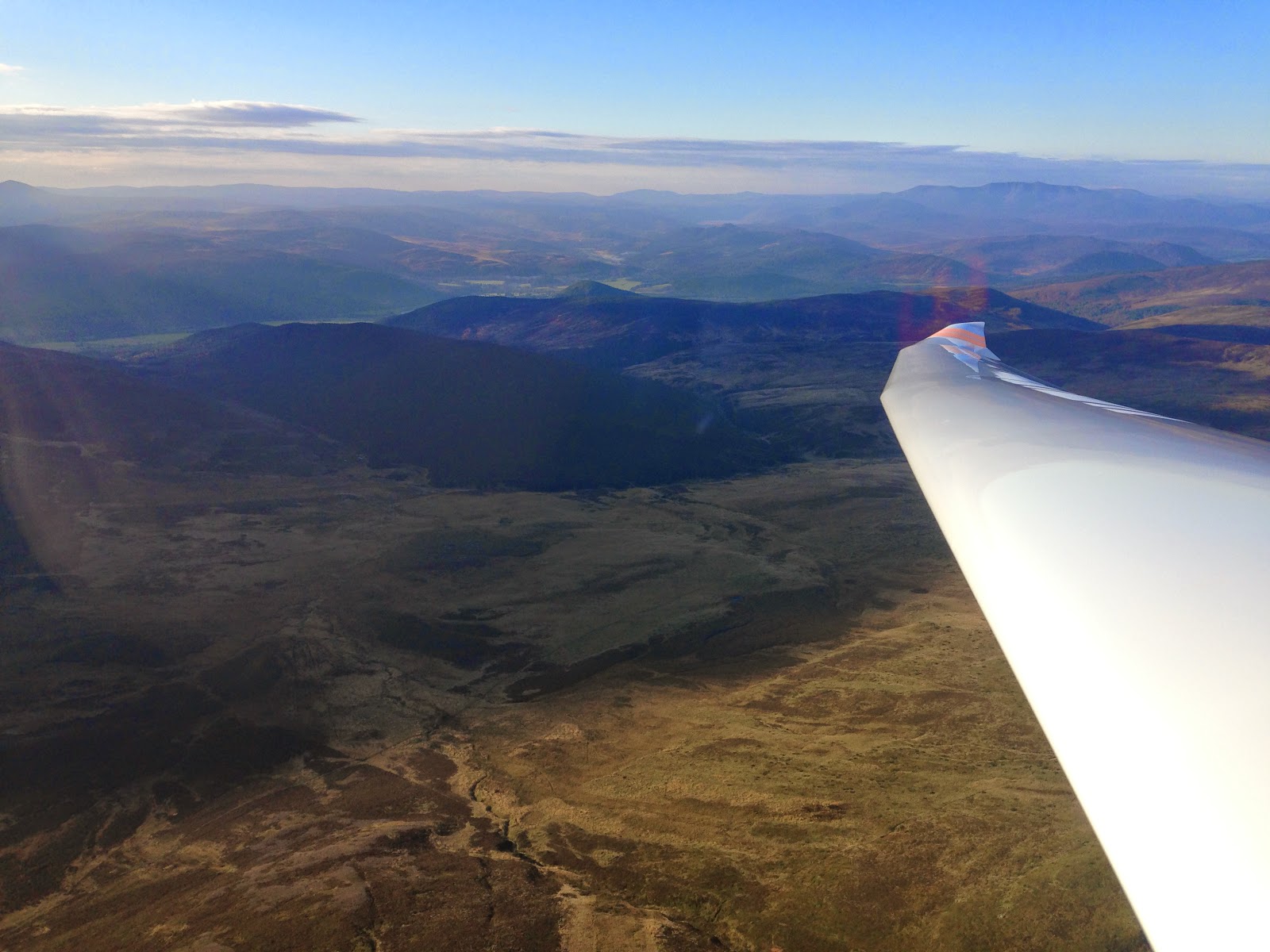 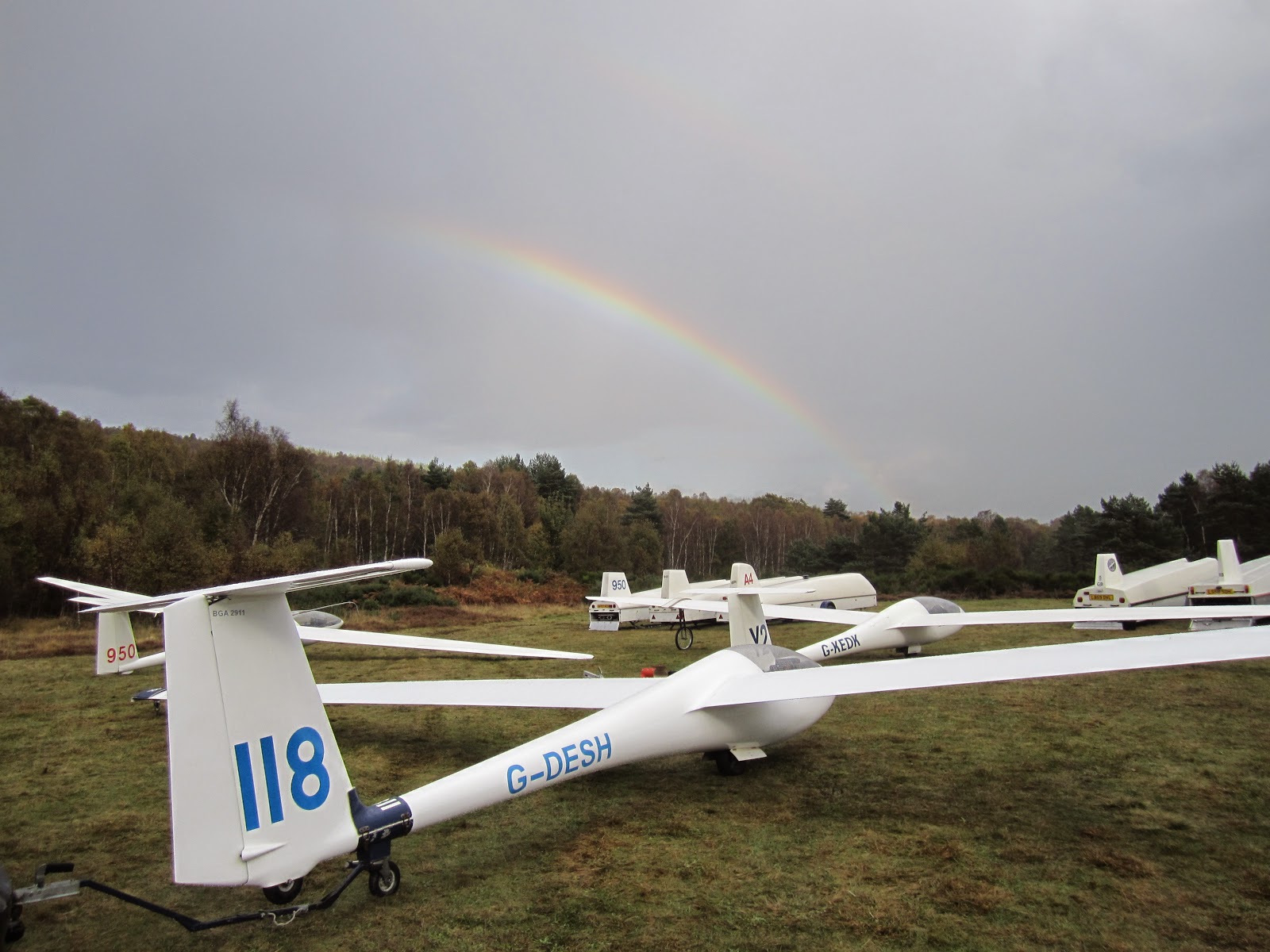 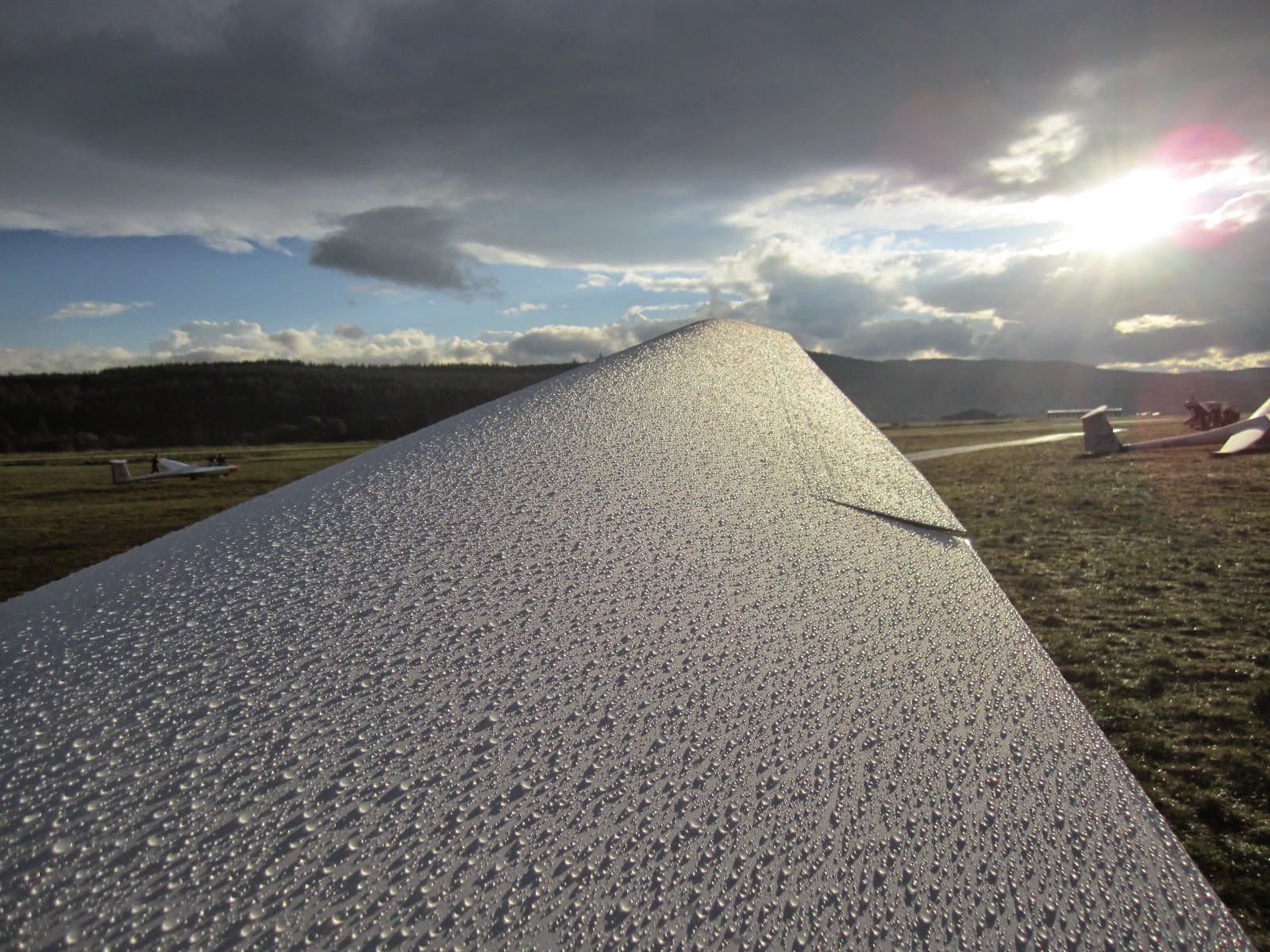 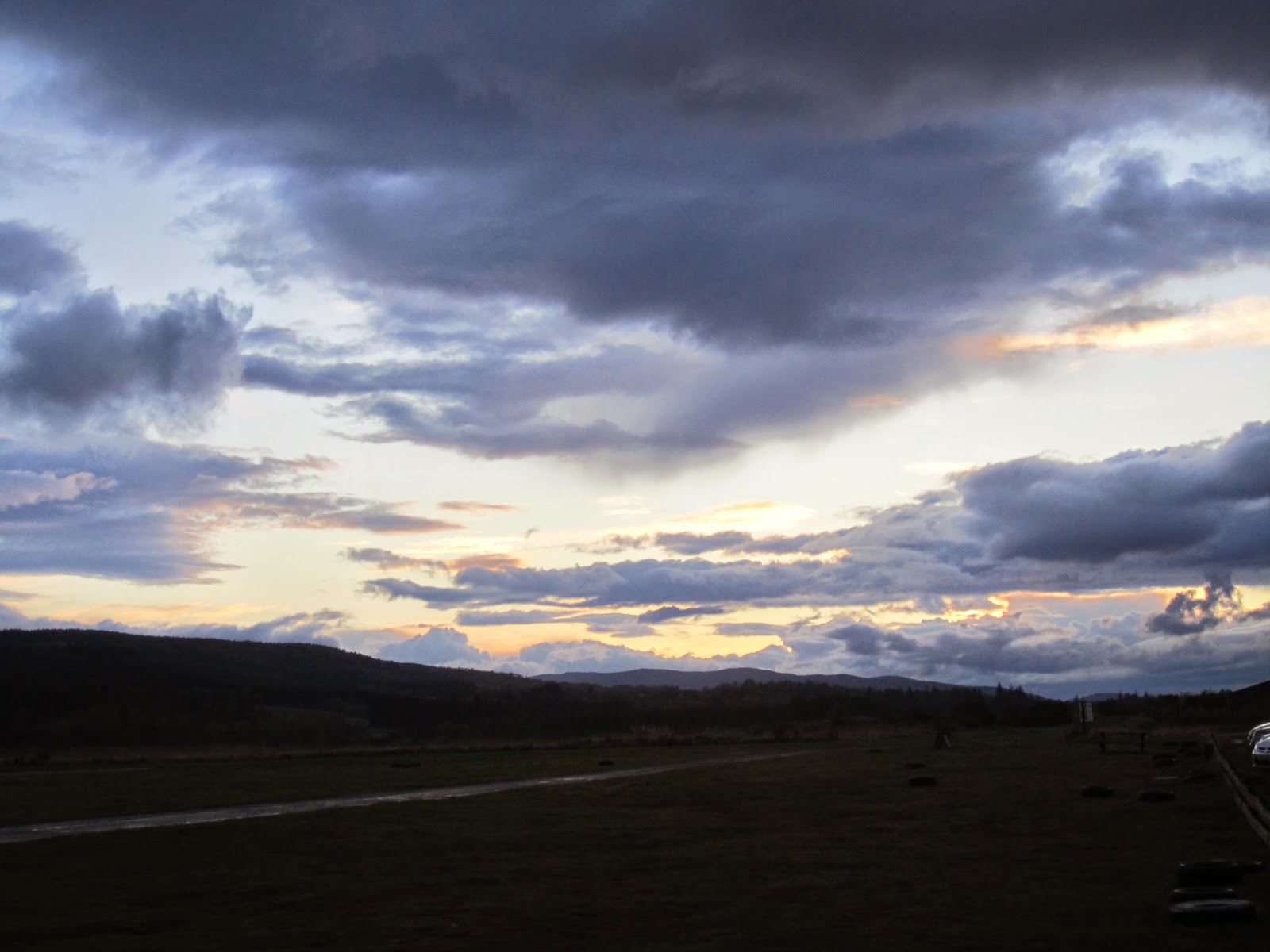