Wednesday's flying was in two shifts, those that launched early (Jim 208 for example) got up and away, some of the others spent a while practising thermalling before eventually getting into the wave. The second shift, at around 1730, found themselves at 11000ft in no time, magic. Meanwhile Denis was off on a 500 to Callander-Rhinie-Killin, and Glyn did Manchester out and return, reaching 23000ft, but in airspace so it doesn't count.

Today was a bit chilly. Denis went to Kingussie, near Feshie, the rest stayed local and dodged around the clouds

Here are some pics.

Tugs in the mist: 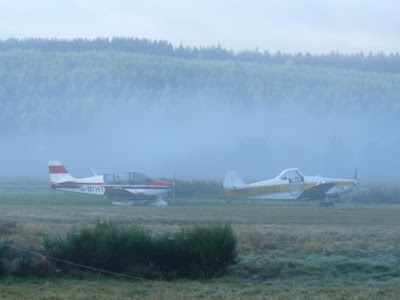 On tow towards Morven: 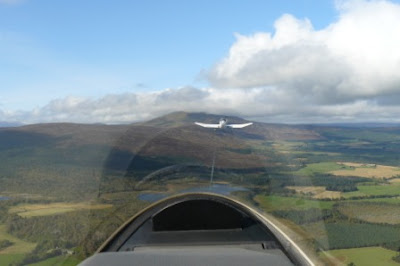 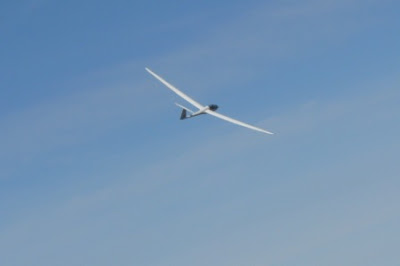 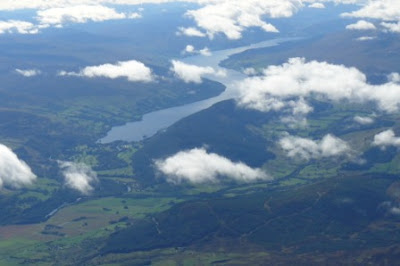 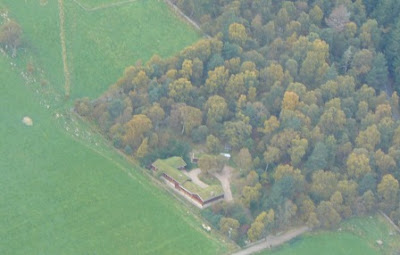 And now off for steak and chips (Jim again).
Posted by Denis Campbell at 17:37