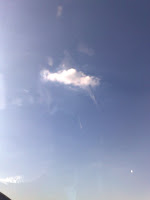 After a sloowwww and easy start, a few pilots finally realised it was soarable and started launching, no one seamed to have trouble staying airborne but few ventured away. Full credit to Jan Clave who set off to do BIC-DID but decided that emulating the previous days pilots antics (no names mentioned) of flying down Oxford High Street at 800' was not a good idea so opted instead to avail himself of Bicester - good effort all the same. 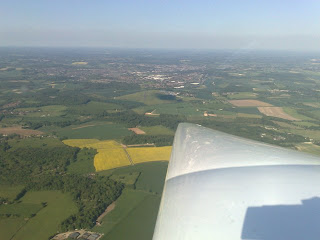 The soarable conditions around Booker went on quite late and produced "one" cumulus cloud - but not even big enough to cast a full shadow over Booker - it did however produce 6 knots for Martin Kicks in the K21. 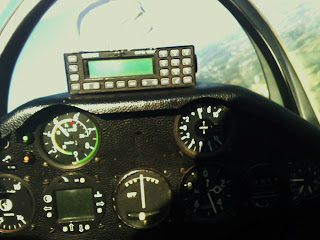 The beers at the end of the day were most welcomed.
Posted by Doug Hilton at 20:22