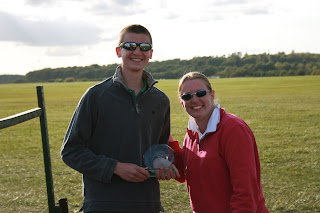 Will does it again!!!!!
Will Hilton proudly accepts the trophy, from competion organiser Emily Todd, for winning the (little bit late) Easter Egg Cup aerobatics competition, today.
Not only did Will win the competition for the second tear running but also qualified for his aerobatics badge - CONGRATULATIONS Will.
The competition played host to a team from Bicester who very ably displayed their skills and managed to claim second place in the comp.
Some thirteen pilots entered :-Will Hilton (winner), Rachel Brewin (Bicester - 2nd place) Henry Stutt, Robin Wilgoss, Doug Hilton (who managed to score ten points less than Will), Dave Humphries, Maz Macari (Bicester), Chris Collett, Andy Grubb (Bicester), Colin Short, John Gatfield, Robin and me. 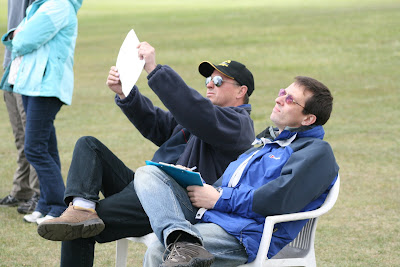 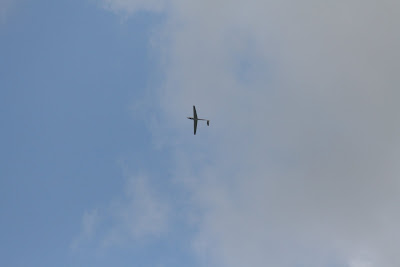 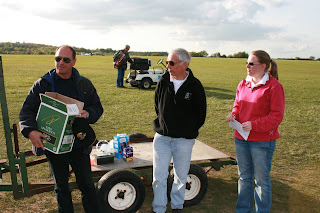 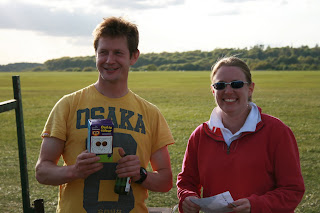 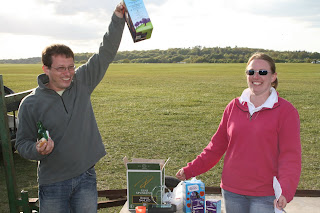 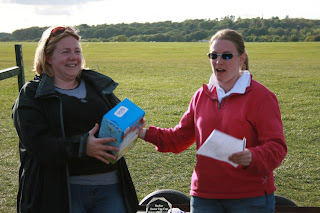 Prizewinners
All of the day's flying fun was followed by a barbecue, also attended by other Booker members who had flown XC during the day. 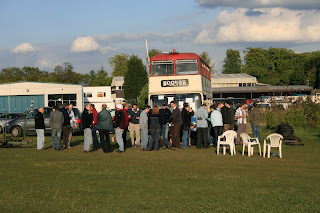 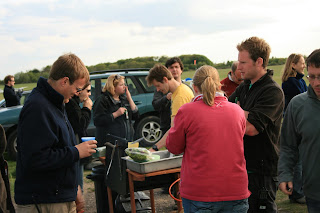 Thanks go to Graham Saw, who acted as safety pilot for many of the competitors, and to Emily for making the day such a great success.
All in all, ANOTHER great day at Booker