A little too unstable 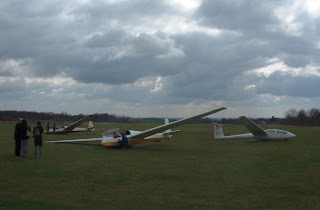 With a cold front fast approaching a prompt start ensured that all the trial lessons and booked members were flown by 12.00. 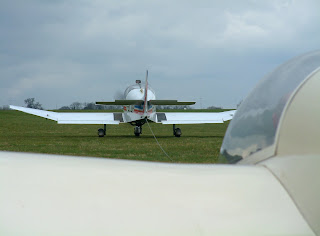 A couple of tows, and an interesting Cessna final turn over the Blister Hanger later, we moved to 35 integrating with the small amount of power traffic who bravely remained on 24. By late morning the decision to start early seemed justified with towering Cu and showers breaking out around the field. However the weather gods were kind to us with some good, if not interestingly positioned, thermals holding our attention until early afternoon. 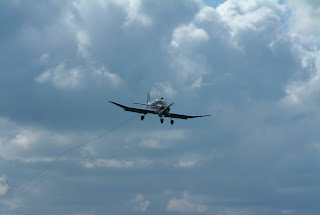 But the best lift was to be had later with 6-8kts along the edges of the showers before we finally admitted defeat at 3.30. A fun day for all who participated including those who only practiced rigging. I've decided to give up weather forecasting and just turn up, rig and fly, or if you prefer just turn up, rig and de-rig, whatever takes your fancy.
Posted by Mike R at 17:46