Saturday 28th
After a dire week of rain and wind, Saturday started bright but still with a reasonable breeze but a good forecast. The club task of Membury, Petersfield, Ashbury for 250k was set and completed by Dave C (315), Jim W (J1M), Jon G (T6), Tim Scott (Z3), Will E (314). There were good areas of lift but there were some tales of low scrapes early stage of the task.
The strong wind forecast put some of the Vintage groups members off but it didn't stop Graham S's Petrel flying for their Rally. With better wind forecast we hope to see a few more of the whispering wardrobes out and about before the weekend is over.
Will Hilton set off for Membury for his 50k to completed his Silver C. 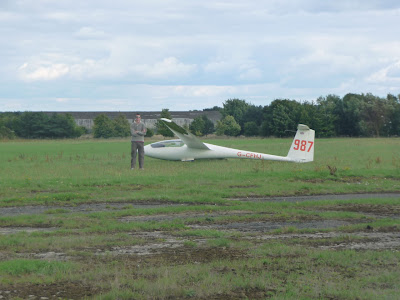 Sunday 29th
Sunday started with strong winds and a forecast of a front passing through around 15:00 with clear skies and a fresh northerly wind which was enough to persuade some of us to hang around with the prospect of a bash on the ridge.
Needless to say the ridge was the place to be with Jim W & Rob M (ECZ), Mike C & Shack R (GBF), Hilton Snr & Jr (KCZ) and Olli L (C30) enjoying the strong conditions for an hour or so late in the day. Conditions allowed some good passes along the ridge but required a thermal climb to allow the glide back to Booker. The grins from the pilots said it all. 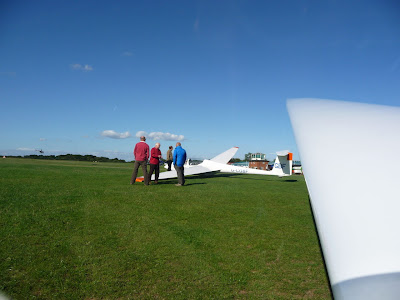 Booker Launch point after the front had passed through. 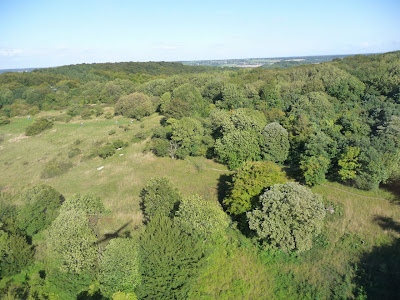 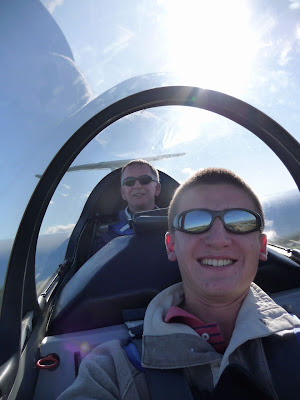 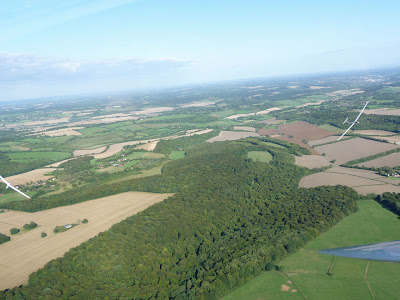