Today was a scorcher - 29 degrees and blue with a light north westerly breeze.
Launching didn't start until 13:30 local but fabulous lift was encountered off the sun facing slopes (which is just as well as the tugs seem to have a negative rate of climb a lot of the time)

Tasks were flown to the Grenoble valley to the north via Pic de Bure where some wave was encountered again and then south to Malaup. Landings didn't occur until around 19:00 local except for 580 who made a safe outlanding in the Col de Cabre about 25km to the North West.

Debrief and pre-dinner drinks in the pool. 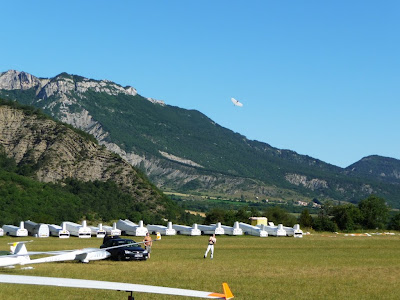 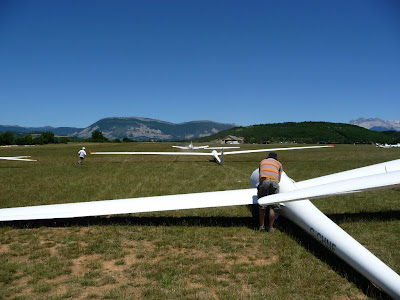 Launching into the blue 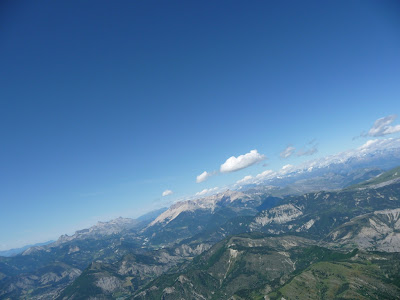 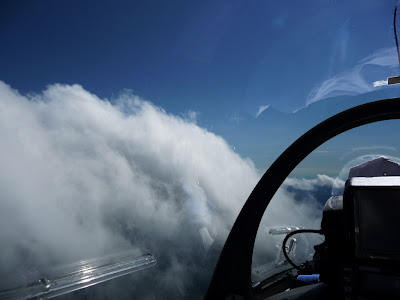 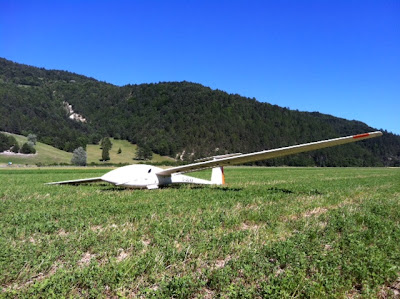 580 safely on the ground at Col de Cabre