Another different day at Serres. Woke up to a stiff northerly breeze which was later forecast to become much stronger (50kts at 3000m) and the day to go blue. In the end the wind wasn't quite that strong but did mean the day was set up for wave.

Most gliders flew in excess of 5 hours with 315 amassing 8 hours. Wave was contacted with several getting to 15,000, 580 broke of his climb at 19,200 (just under the airspace). Getting into the wave meant working the very rough rotor and all pilots came back having been well battered. Cross countries were achived with a mix of wave and ridge soaring. Approaches to land were done with pleanty of speed and then time for well earned beers! 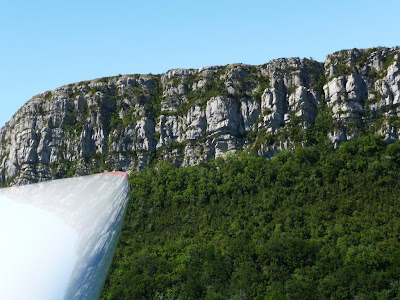 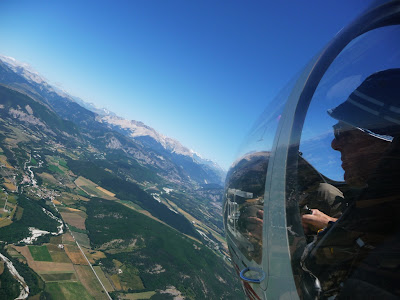 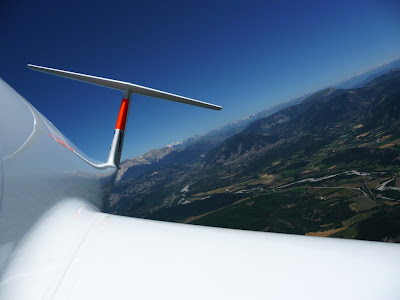 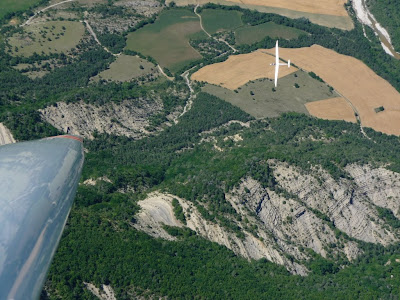